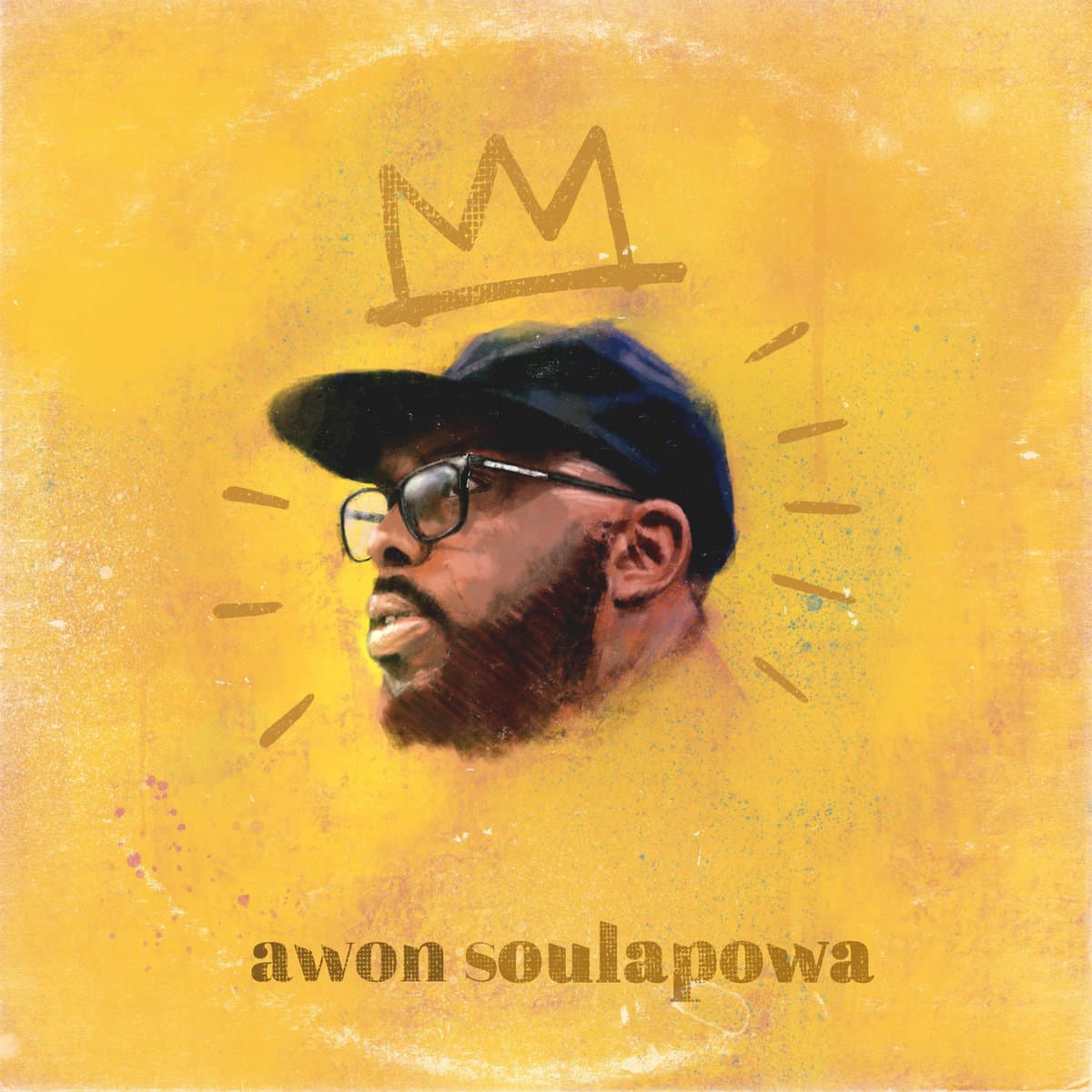 Earlier in 2019, the Don’t Sleep Records “Soulapowa” album by Virginia emcee Awon debuted. The project embodies soft vibes over cool melodramatic beats, a soulful New York feel, and the heartfelt lyrics of a true emcee. The album is a medley of talks on the many facets of life, from love and relationships, to mental health, black excellence and everyday survival. 14 albums in, Awon brings the business like a hip hop vet. The album is smooth and will put you in a introspective head-space. Totally relatable, this musical production sets a standard for modern hip-hop.

The bulk of the tracks on the album are produced by Portland producer Phoniks who’s known for his boom bap production style. It’s no surprise that Phoniks had a heavy hand in the production as he and Awon have worked on several other albums together previously. Other producers listed on the album are Mz. Boom Bap, Dugga, SoulChef, Linktrust, and Dread Solo. Soulapowa is a hip-hop head’s album, featuring all the integral pieces of a good hip-hop album. Creative wordplay, boom bap beats, solid flow, seamless production… Awon is definitely proving himself as an emcee’s emcee.

You’ll bob your head from start to finish listening to Soulapowa. It’s cultured with samples from musical and spoken artists. Check out the audio player below and listen for yourself. Comment on this post and tell us what you think!

Artist Bio: Antwan Wiggins also known by his stage name “Awon” has distinguished himself as an emcee. Born on March 6, 1980 in Brooklyn, New York Awon was surrounded by culture. His earliest memories are of graffiti lined subway cars and DJ’s having jams in his neighborhood of Fort Greene. His influences were other prominent emcees of the Golden Era of Hip Hop like Big Daddy Kane, Rakim, and Slick Rick. In 1989 his family relocated to Newport News, Virginia.

As a teenager, Awon found himself immersed in an underground Hip Hop scene marked by smooth, jazzy production such as that of A Tribe Called Quest, Digable Planets, and The Roots. Influenced by the culture, he was able to cultivate his own skills on the microphone and paid dues through various talent shows and showcases.

In 2006, AWON appeared as a feature on Canibus’s Hip Hop For Sale album on a track produced by Nottz. At the time, Awon was working with a crew, The Soul Students, on his debut album Beautiful Loser that was released on May 17, 2008 by Goon Trax Records in Japan.

Since then, Awon has been a figure in the new emerging Jazz Hop scene, working with close friend, Kameleon Beats to create distinctive sounds. Other collaborative efforts with producers such as Thomas Prime and Soul Chef were able to expand the sound to set a global presence. Currently, Awon is gearing up for a rerelease of Beautiful Loser in South Korea as well as a new album with Kameleon Beats, Brighter Days. Listeners can also expect a new album in the near future that will feature peers from within the Underground Hip Hop community.

Yo you know what it is… Keep it locked to Big Noise Radio for authentic hip-hop music and culture from Awon!