ABOUT BIG NOISE RADIO aka BNR

The Underground Hip Hop Blog salutes the movement, Culture and Lifestyle. Rap artists showcased on Big Noise Radio LLC, are making significant contributions to hip hop culture. Their passion, ambition and dedication, have created a body of work that elevates the art and culture. Underground hip hop and rap music, embodies expressions of self, community and everyday life. Delivering the complicated message of our day-to-day struggle.

This is our platform, this is our language, this is our opportunity to take ownership of our culture and our music. In the last 50 years, hip hop music has influenced the way people walk, talk, dress and live. Rap music has influenced the global community more than any other art form in our time. BNR is here to document this fantastic body of work. Striving to be fair and balanced, representing hip hop culture with integrity and passion.

BNR WHAT WE DO 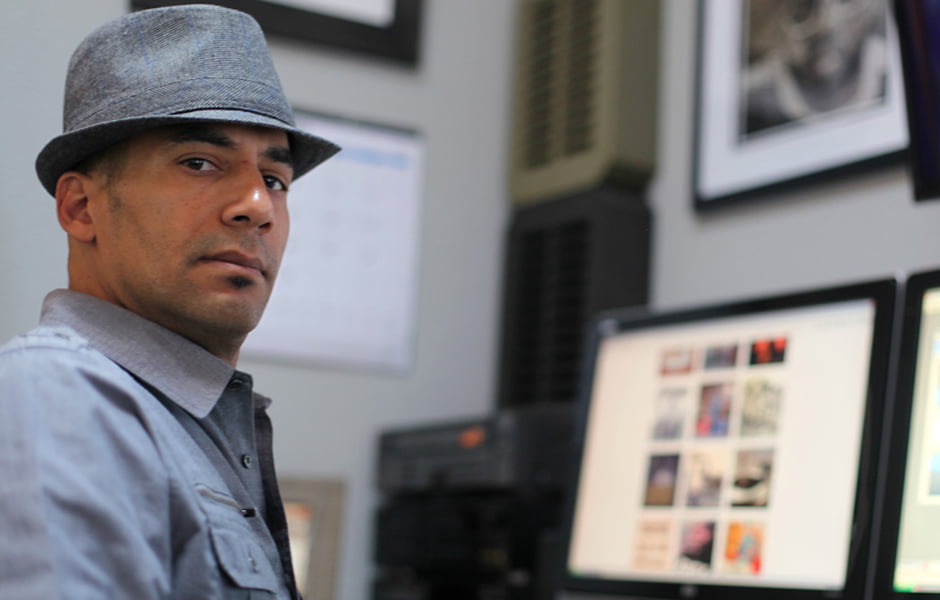 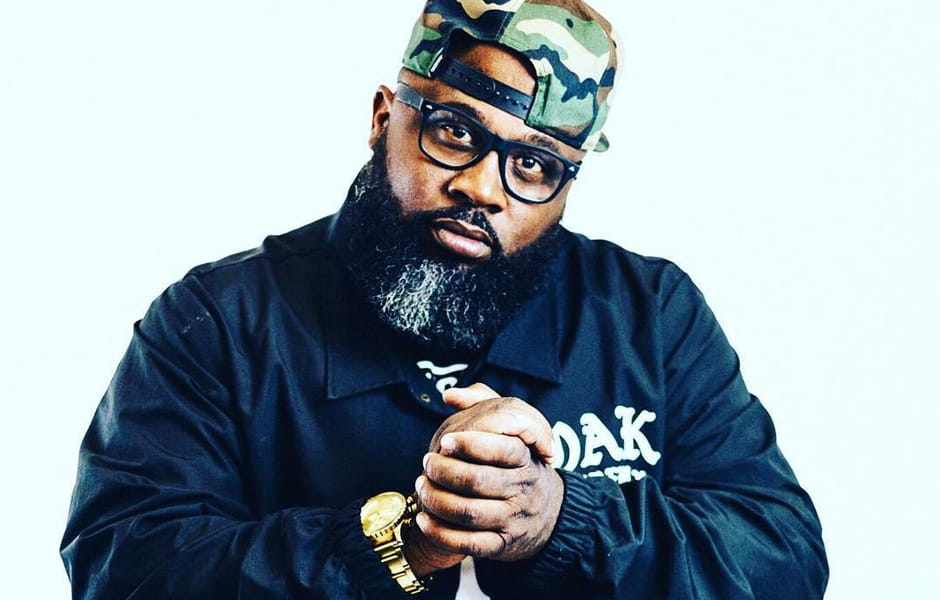 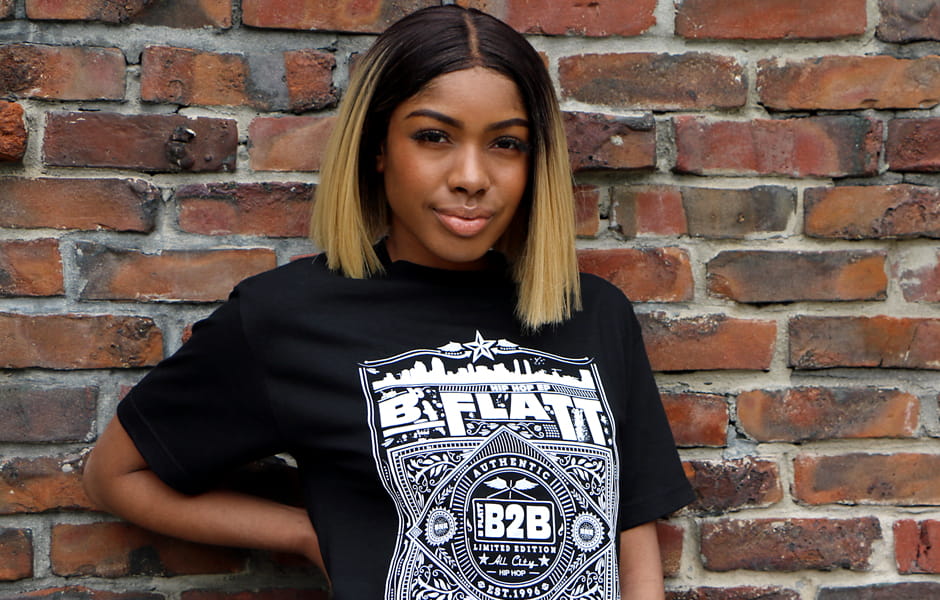 Kayla / The Only Kay
Admin / Intern

BIOGRAPHY: Danny Carter aka DJ Noiseman is an American Deejay and Producer born in lower East Manhattan, moved to California and raised in Berkeley, Oakland, San Francisco, Stockton, Daily City and San Jose. Basically born in the East and raised in the West. Noiseman got his first taste of hip-hop culture at SJ Job Corps. Passionate about music, he put some skills together and won a few DJ competitions in the South Bay. One of his beat tapes was later noticed by Derrick Rahming founder of Afro-Rican. Later putting in work at Luke Sky-Walker Studios in Miami, the original 2 Live Crew recording studio, where he learned the basics of mixing and recording under the direction of Derrick Rahming.

Afterward, started producing some local groups and formed the company Strictly Business, recorded some groups for bay area manager Kim Hicks. Recorded and mixed Nasty Nancy via Double Dose Records with help from DJ King Tech. Started Pro-Mo records and dropped Don’t Fight The Flavor featuring Scott Free. He got his first music business experience at Pro-Mo records; with a roster of 3 acts they started making noise at all the local showcases. Hard work and practice had them opening up for all the groups that came to the Bay area (Naughty by Nature, Das Effex, House of Pain, Grave Diggers, Goodie Mob, Lord Digga, Lord Finesse, Master Ace, MC Breed, Mystic, The Youngsters, Total Devastation, DJ Quick and many others). They singed with the ILC headed by Jay King and dropped the video and single The Ruff Shit. Appeared on the Wakeup Show with Sway and Tech a few times, mentored under King Tech for a short time. Later dropped Noiseman Breaks and Grooves via Upstairs Records right before Peanut Butter Wolf’s project. Recorded and mixed Strictly For The Streets a Bay area EPA compilation. Started Big Noise Entertainment in 1995 and dropped Back To Basics with B-Flatt and Tyranny in 1996, Keep’in U Open in 1998, a re-mix project featuring some classic hip-hop emcee’s (EPMD, Kurupt, Big Pun, Craig Mack and Mob Deep to name a few). Hosted the Big Noise Get The F#%k Up raffle in 2000 which featured the re-release of Primal Beats and a bonus version of Keep’in U Open. 2005 produced a track, arranged lineup, produced skits and mastered the album Family Business by Masta Steel. May 2005 started development on the website Big Noise Radio, hosting artists like Guru, One-Be-Lo, Black Milk, Elzhi, Rasco and Planet Asia to name a few. First interview was with Guru and Solar.

2007 established Studio 9-One-4 located in San Jose, CA. Audio Mastering got critical acclaim from clients. Projects include; Blow the Doors by Masta Steel. Hood Anthems by Sean Paul of the Young Bloodz, Numworld by Numskull of the Loonies, T Pain, J-Bo from the ALT, Prince Bugsy and Da Fam Gang from New Orleans, all under Ball or Fall Records in Hayward, CA. Welcome 2 Tha JOE by Jus-Dre International, Face Value by Locsta Villain featuring Big Rich, J the Butcher and Thizz Entertainment, 5 Fifty 9 On The Grind by El Cali from Fresno, CA and The Come Up by The Regiment from Detroit. DC, Against All Odds featuring Dru Down, Celly Cel, San Quinn, King Assassin, AP.9, Mob Figaz, Lee Majors, Too Short and many more. Back 2 Da Drawing Board by No Mercy Records, Icon of Da Hood by Tebo, Fresh out the Box by Vera Clique out of Oakland. May 2008 finished initial development for BNR (bignoiseradio.com) worked on the lab and in the lab, drops for radio shows and Ear To Da Street Mix CD. Designed the custom Akai MPC 2000XL drum machines and formed partnerships with some great artists, producers, designers and vendors. 2011 Teamed up with Emcee Nemesis from Virginia and co-produced the single release, from an unreleased album, “All I Need” with Boonie Mayfield out of Colorado. Remix contest won by DJ DN3 out of Arizona. 2012 took a hiatus in Sacramento with family, from single-handedly building and operating the Big Noise brand 16 hours a day 7 days a week. 2014 Returned to the bay area. 2015 opened an office in Fremont, CA. 2017 remodeled a new building in Fremont, CA. 2018 rebuilt the Big Noise Radio website. Four 1990’s projects got signed to 2 European record labels in Belgium. Back 2 Da Source records released B Flatt “Back To Basics”, it sold out in 3 days. Hip Hop Enterprise released Scott Free, Swift, Tyranny & Tone, also a reissue of the B Flatt “Back To Basics” CD and Tyranny & Tone “Playtime Is Over” CD. 2019 developed a few niche audio products and some new custom Akai MPC designs for Big Noise MPC. Released Bring The Noise, one of four instrumental albums slated for release. Bring The Noise is the early 90’s production from Noiseman, featuring production from Confidence out of Boston and Sensei Walingh from Amsterdam. As of 2021 Danny Carter aka Noiseman is now the CEO of Big Noise Radio LLC. 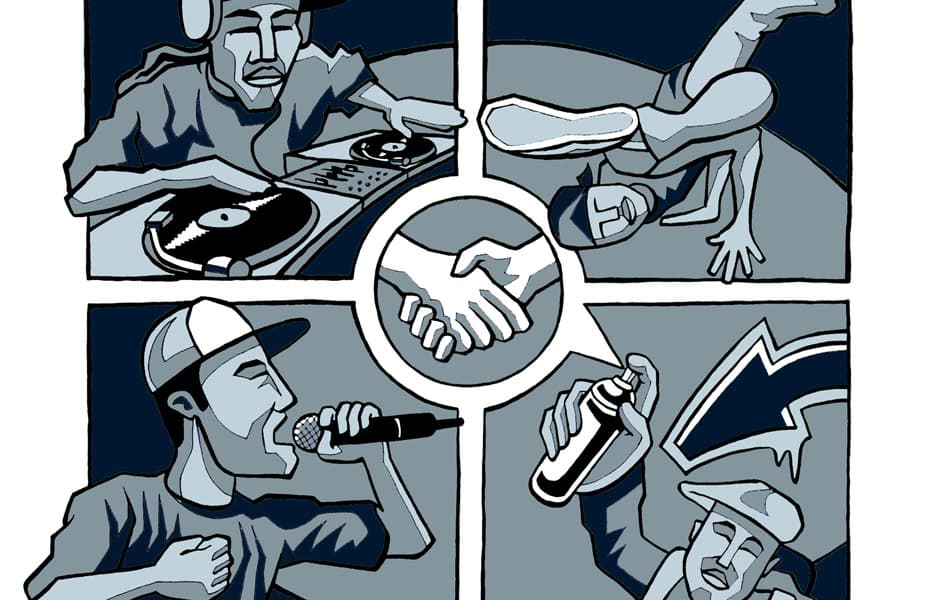 The 5 Elements of Hip Hop 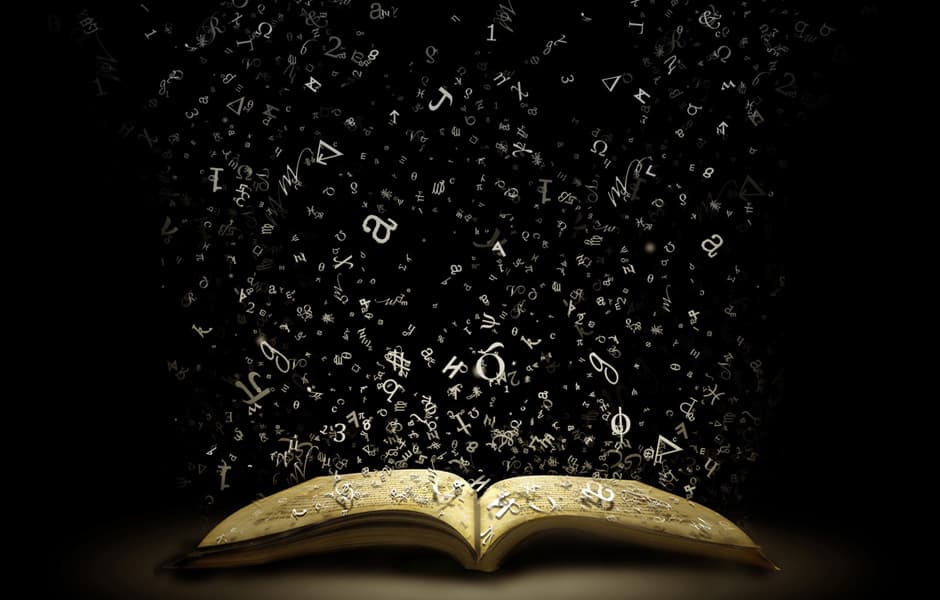 Understanding the history of the hip hop movement. Uplifting yourself and the community through positive action. 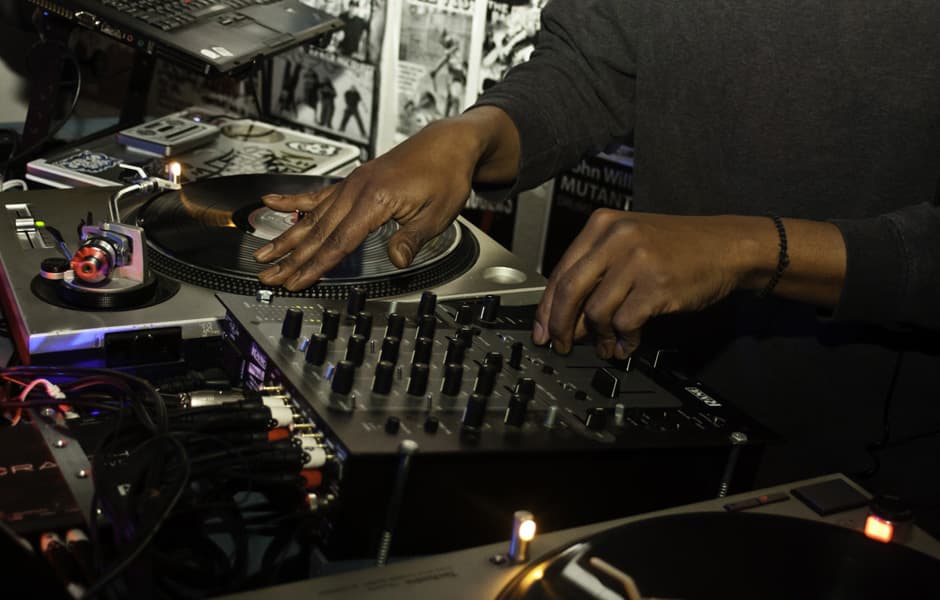 THE ONE'S AND TWO'S

Making music with record players and DJ mixers. Cutting and scratching. The art of aural sound and music creation. 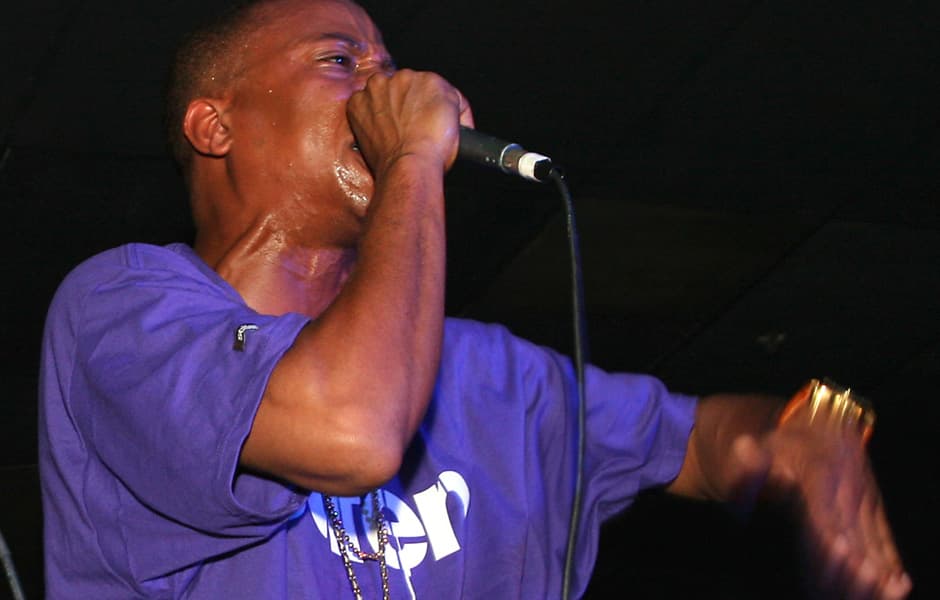 Community story telling, using slang or hood language. Rhymes, wordplay, or similes and metaphors, performed in time to the beat of music. 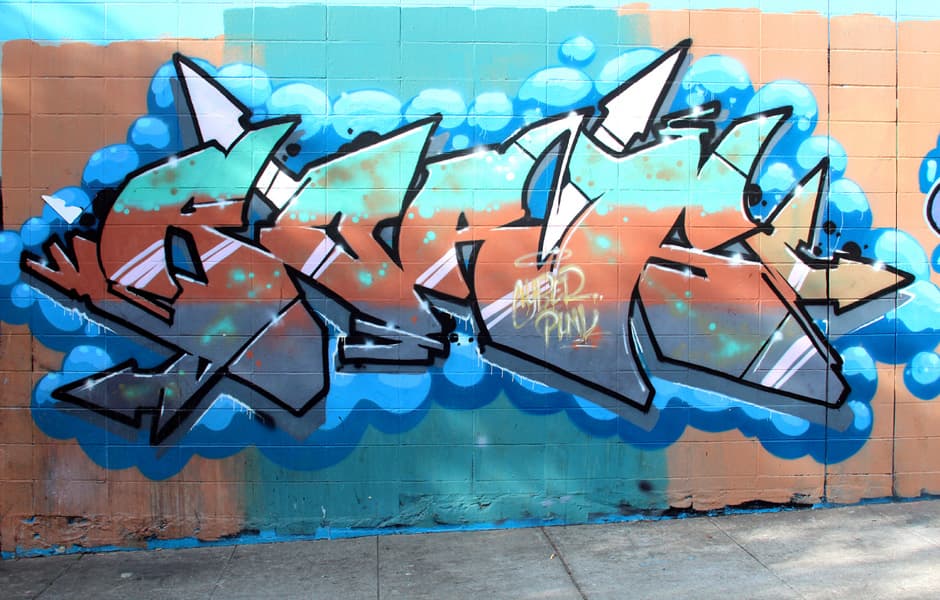 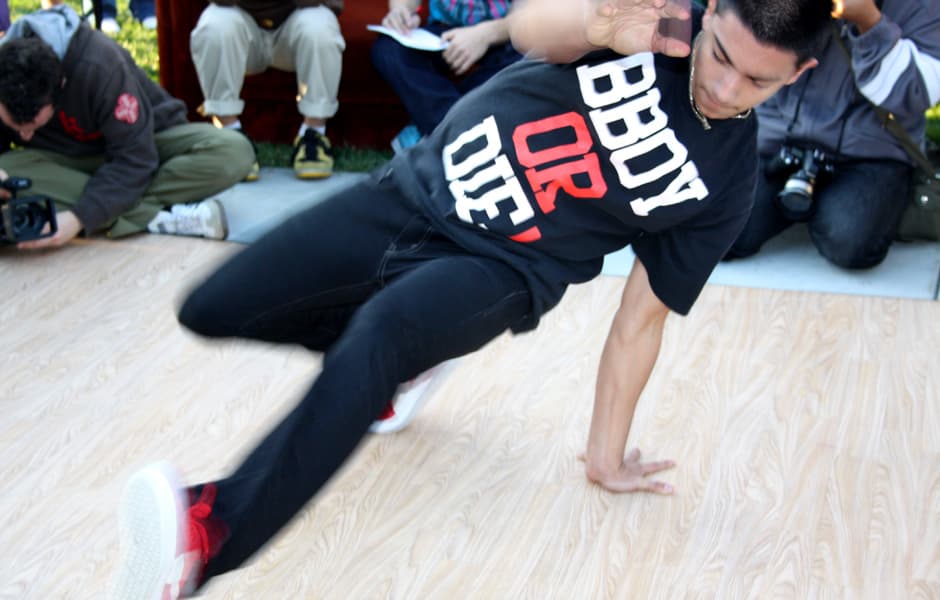