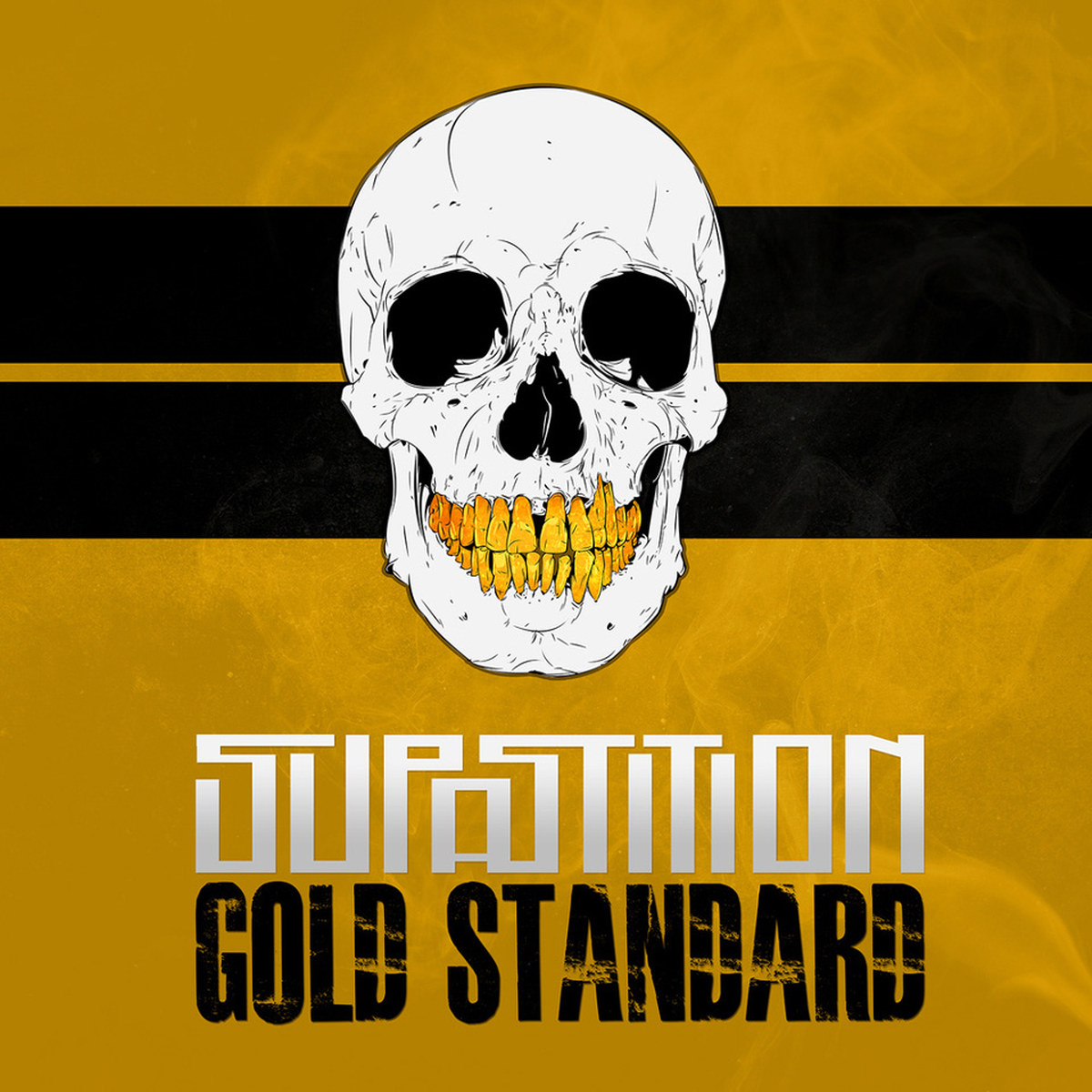 Hip hop music is a revolutionary and unique art form because of its ability to influence listeners. In particular, Hip Hop music could also be seen as a platform for social commentary and the promotion of an underlying message. Hailing from Greenville, North Carolina, Supasition engages his listeners on an intellectual level in the album, Gold Standard. Supastition Gold Standard speaks on topics such as the profiling of Black youth, human rights, and the fallacies of government. Moreover, Gold Standard’s soulful production and creative word play reflect the talent of Supastition.

A veteran emcee, Supastition created his legacy in the mid 90’s and his experience is reflected on his fourth studio album, Gold Standard. He has worked with artists such as KRS One, Little Brother, and 9th wonder. His work has been critically acclaimed by print media such as XXL’s Chairnman’s Choice, and The Source’s Independent’s Day. He has toured in over thirteen different countries including Australia, France, Germany and Canada. His current US tour, King No Crown Tour, includes over 60 cities and has been met with overwhelmingly positive support.

Supasition’s experience, and international success with listeners reflects his influence on hip hop culture. In an era where the image of an emcee has been drastically compromised, Gold Standard possesses a powerful influence amongst listeners. The project displays all the necessary elements of timeless hip-hop music. There’s a refreshing presence of organic timing, soulful arrangements and professional audio quality. Production credits include: Praise, Rik Marvel, Veterano, Croup and MoSS. Features include: Kenn Starr, Boog Brown, Audessey and Supastition’s group, Soundsci.

Artist Bio via Facebook | Supastition: In an era where hip hop turns its nose up at anything remotely resembling old school unless it’s done by retro-crazed teenagers, it is very rare for an artist to accept as well as appeal to their true age group. While most rappers go to great lengths to prove their street credibility, other rappers spend their careers trying to convince others of how underground and true to hip hop that they are. North Carolina native, Kam Moye, is no longer concerned with fitting in or living up to other people’s expectations of him as an artist or as a person.

After dedicating almost 10 years of recording under the rap alias of Supastiton, Kam decided that it was time to shed the underground persona and make music that was more reflective of his current experiences rather than troubled past he was once known for. Currently recording under his shortened government name, Kam Moye, his debut Splitting Image album will serve as his most honest and heartfelt release to date. His infamous braggadocio and metaphors have been replaced with more conceptual and thought-provoking songs about topics that most hip hop artists shy away from.

More Info About Supastition Beginning his career in the mid-90’s under the alias of Supastition, Kam Moye has managed to build a solid fan base and credible reputation through his consistent music releases and countless guest appearances. His remarkable wordplay has landed his voice on tracks alongside KRS One, Little Brother, Royce the 5’9, Elzhi (Slum Village), Stoupe (Jedi Mind Tricks), Marco Polo, Rasco, 9th Wonder, Skyzoo, Cunninlynguists, Bahamadia, Marco Polo, Akrobatik, J-Live, Torae, and many others. His prior releases have garnered high praise in print magazines including XXL’s Chairnman’s Choice, The Source’s Independent’s Day, XLR8R, the now defunct Scratch Magazine and URB, and numerous other publications. Kam enjoyed his first taste of national recognition via the Okayplayer Records (spearheaded by ?uestlove of the Roots) when his collaboration, The Williams, with Foreign Exchange producer Nicolay was selected out of 5,000 entries to appear on the True Notes Vol. 1 compilation.

While exploring his options as a self-proclaimed “free agent”, he released critically acclaimed projects (Chain Letters, The Deadline EP, 7 Years of Bad Luck) on the legendary Rawkus Records, Soulspazm Records, and a few other smaller indie record labels. Those same frequent collaborations with European and Australian producers propelled him into the international market where he later went on to to headline tours in over 13 countries (Australia, Germany, France, and Canada to name a few) within a 2-year span. Kam has graced stages in over 15 major U.S. cities with a wide range of artists including Pete Rock, Little Brother, Kardinal Offishal, Aceyalone, Jedi Mind Tricks, Faust & Shortee, Beat Junkies, AOTP, Tanya Morgan, Cage, and J-Zone.

After years of critical acclaim, it was experiencing an eye-opening car accident that made Kam Moye decide to alter the direction of his music and record more of what he considers music with a purpose. Not ashamed to act according to his age, the debut Kam Moye album, Splitting Image, shows a grown man accepting his place in music, life, and the world for better or for worse. Kam likens his career to that of a blues legend as he states “…some of us will be remembered in the same vein as a Muddy Waters, while others will be remembered in the same light as a Howlin’ Wolf. You find your own lane and don’t let people steer you away from it. We’re not all going to be millionaires but I want to be remembered by doing what I love the most”. His 2008 single and music video, Black Enough?, sparked major attention via the internet with his controversial opinion on racial prejudice within the African-American community. Not afraid of leaving the past behind, Kam Moye isn’t afraid to experiment as it is evident on his upcoming album with songs such as the up-tempo “Imani”, the openly honest track “Hello Karma”, and the open letter to his wife on “Don’t Forget.”

In early 2009, Kam Moye joined forces with the Bay Area-based MYX Music Label and Hall of Justus Management (Little Brother, 9th Wonder) to help take his career to the next level. Kam Moye’s Splitting Image is currently slated for an October 27, 2009 release date with production from the likes of Jake One, Vitamin D, D.R., M-phazes, Marco Polo, Symbolyc One, Veterano, and SICBEATS as well as guest appearances from Phonte, Invincible, Ayah, Neenah, and many more.

As the title Splitting Image describes, Kam may appear to be the same physically but there’s a more mature mentality and sound about to surface starting from this day forth. You may not be able to change your beginning but you can always change the way your story ends.