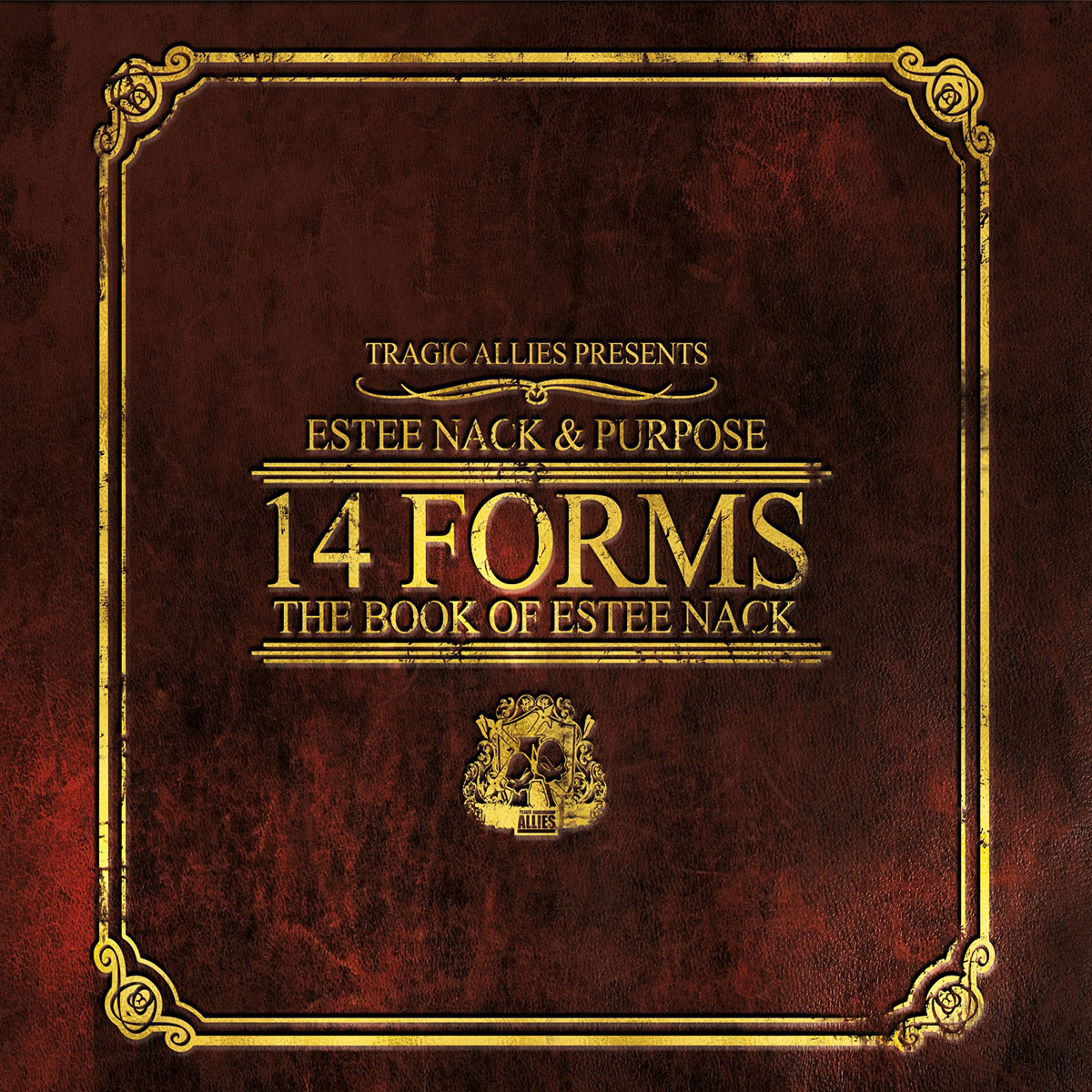 No doubt, there’s a thin line between “love and hate”, a thin line between “survival and death”, a thin line between “good and evil”. Knowingly or not, we all walk the line at any given time. “Love N Lust” is a new single release from the album 14 Forms: The Book of Estee Nack, featuring Tragic Allies front-men Estee Nack & Purpose. The album is produced by Purpose (Tragic Allies, 7 G.E.M.S., Tragedy Khadafi, Killah Priest, Paranom, Big Shug, Singapore Kane, etc.). 14 Forms:The Book of Estee Nack was released on 6-23-15 and is now available worldwide on CD, Cassette, and Digital via Ill Adrenaline Records, distributed by Fatbeats records. No doubt a notable hip-hop project.

Growing up in the streets of Lynn, Massachusetts, there are very few artists who genuinely preserve the essence of hip-hop in its golden age… This is where hip-hop collaborative Tragic Allies have been able to set themselves apart from their peers throughout the years. In 2015, Tragic Allies are delivering yet another gift to the legacy of the golden age. This time the Allies frontmen Estee Nack and Purpose come together with plans on further solidifying their Tragic Allies brand as a dominant force in hip-hop with their new full length offering, “14 Forms: The Book of Estee Nack”, released by underground powerhouse Ill Adrenaline Records. The project shows the intent of the label to authentic hip-hop music.

After making notable appearances on Tragic Allies classic debut album “The Tree of Knowledge of Good & Evil” as well as 2013’s underground smash album 7 G.E.M.S. (Tragic Allies & Tragedy Khadafi) “Golden Era Music Sciences”, an ideologically refreshed Estee Nack drops what he considers to be his testament of truth, justice and righteousness unto those – who like him (1st generation American born to immigrants from the Dominican Republic) – were raised combating the daily trials and tribulations of survival in minority-majority, low-income neighborhoods.

Nack lets us know how serious he is about preserving the purity of his overall message by handling all the mic work on the entire album, equipping his rugged vocal delivery to manifest topics ranging from the struggle and pride of immigrants in America and abroad, to his ideas on the social structure, fake friends, sex, and the science of the universe.

The front-to-back play-worthy musical backdrops are ingeniously mapped by Purpose who continues to carve his legacy as a great producer, after providing stellar production on the previously released 7 G.E.M.S. and Paranom albums, offering a folk-like array of dark, funky bass-lines, dusty drum patterns and mellow-dreary melodic landscapes that – while remaining grimy and dark (true to the Purpose influenced Tragic Allies sound) – are reminiscent to a more grassroots sound, if not a deep inner city blues. No doubt the album displays sonic influences form hip-hops golden era.

This year, Tragic Allies continue to hit hard with Purpose and Nack’s MC/production styles blending as perfectly as expected, drawing listeners up into a trance like state, inspiring feelings of laughter, pride, sadness, anger, love and revolution per the trademark Tragic Allies sound. Estee Nack has been putting in his work, take some time to search more of his music.