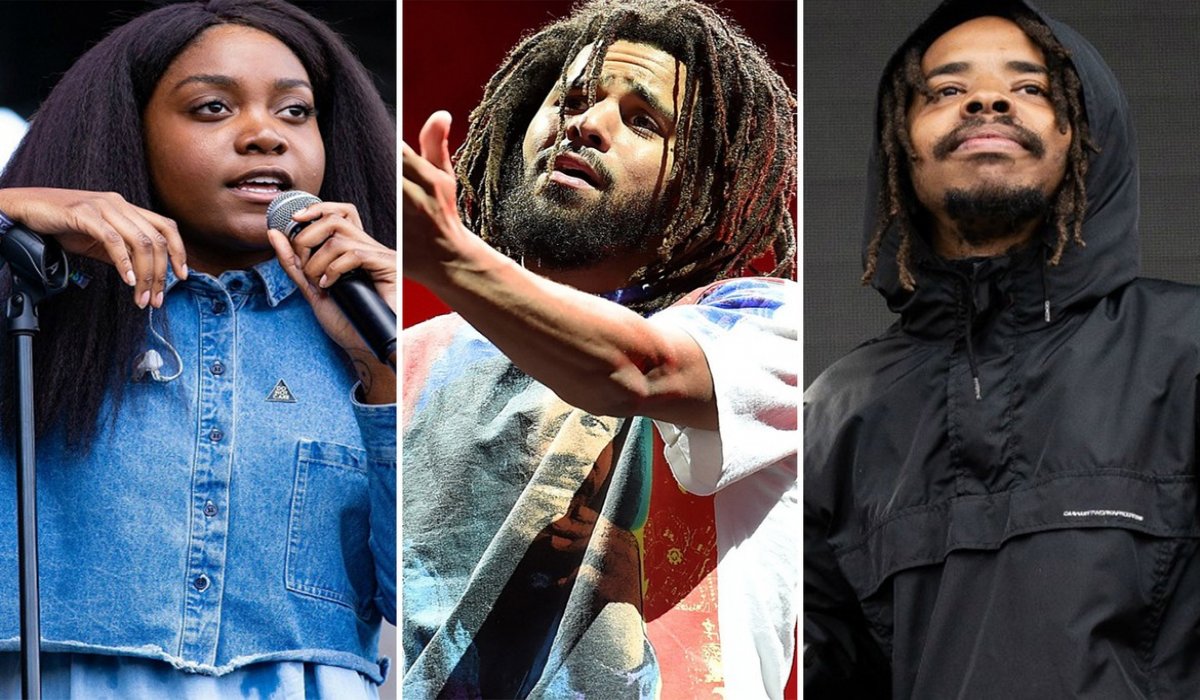 J.Cole – Snow On The Bluff. Maybe a diss?… Life has been at a standstill for so many Americans. Between being shut-in due to COVID-19 and worldwide protests for George Floyd/Black Lives Matter. So many issues have come to the forefront all under the umbrella of systemic racism. Unity seems like the obvious answer, but emotions are running high born out of the frustration of nothing ever-changing. Times might have changed and some things have gotten better, but only the system is still oppressive. Many organizations have released statements in support of the Black Lives Matter movement. As we all know, music is one of the best delivery methods for information.

There has been a big push from Twitter users urging more celebrities to speak out against police brutality and racism. People are not satisfied with celebrities speaking out, but many of them open their purses to fund positive movements and other grassroots movements. While some celebrities were early to speak out and have stayed vocal, like Ice Cube, others have made donations and statements and carried on. Well, Twitter caught fire when Grammy-nominated rapper J.Cole, and woman rapper and activist from Chicago Noname went back and forth on the platform.

Aside from her lyrical rap talent, Noname is known for her role as an activist for Black lives as well as the rights of the LBGTQ+ community. She has also been publicly vocal about rappers not being present and involved in the recent protest surrounding the deaths of George Floyd, Breonna Taylor, and many more. Most rappers did not respond. However, J. Cole took it upon himself to step up to the plate with his single “Snow On The Bluff.” It wasn’t initially sure that the track was about Noname until I realized she actually does have a Book Club. There’s some merit in the fact that the song may be about her.

I must say the production on Snow On The Bluff and the song, in general, are just beautiful. I’m not sure if it was the lyrics or the gravity of the situation in totality, but it brought a tear to even my eye. The premise of J.Cole’s song was that he hears both the criticism and the praise, yet he still knows what he has brought to the movement pales in comparison to what he’s capable of doing. It’s hard. We’re all between a rock and a hard place. The release of this single sparked widespread debates on Twitter – where fan bases thrive and even bully – about the relationship between black men and black women. The divisiveness in the community, and how we can better protect and educate each other. There were enough opinions to fill a 200-page book with many felt like Cole’s timing was wrong.

Noname clapped back with the single “Song 33.” In her response track, she basically blasts Cole, saying she hurt his ego. She mentions girls going missing, George Floyd, and trans murders, and the silence of Black men. One thing I can agree with is that it is off-putting that J. Cole decided to put out a song addressing her at a time like this. There are so many other areas where he could focus that energy. At the same time, what is music but art? And what is art but a reflection of life? Both Cole and Noname are entitled to their feelings, and both have solid points.

As a black woman, I did not take heart what J.Cole said. In fact, it related to the smart girl with conscious parents in me, as I do read a lot. However, the line “Just cause you woke and I’m not don’t make you better than me,” is something I’ve said. It is also counterproductive. I know the fight for justice is ongoing and exhausting. But can you imagine how man times W.E.B. Dubois, Booker T. Washington, Malcolm X, even Angela Davis, Assata Shakur, countless scholars and revolutionaries who repeated their research and ideologies over and over again to countless people who either didn’t understand them? So, to the Nonames and the J.Coles, I say there is no one way or no single way to fight this fight. We just have to keep pushing and keep holding each other accountable.

Thanks for reading and tell your people about Big Noise Radio for more news on the Hip-Hop movement.

Don’t touch that device… keep it locked to Big Noise Radio for authentic hip-hop music and culture from J.Cole!