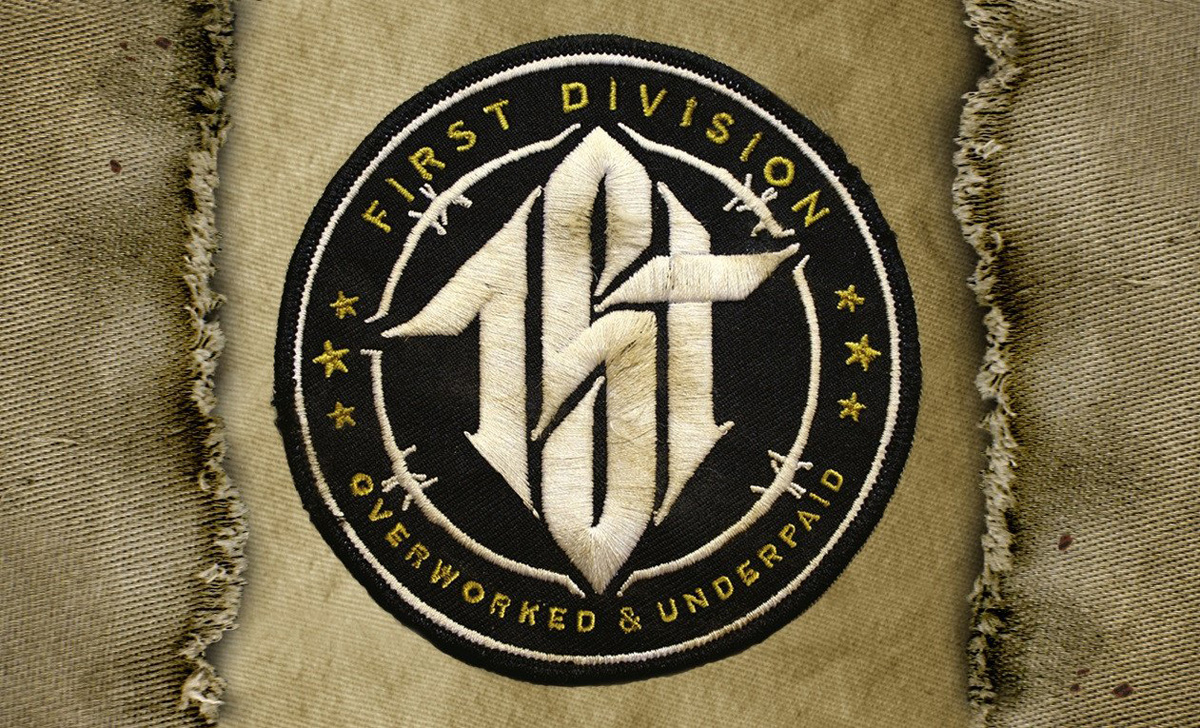 Hard hitting flows that definitely spell “d-day” for the competition. The combined forces that complete the production squad for this project will have you running for the nearest bomb shelter. The beats on this rap duo First Division “Overworked Underpaid” project come complete with a full metal jacket, guaranteed to take out all opposition forces. Taking their group name inspiration from “The 1st Infantry Division” of the Army, the oldest continuously serving division in the US Army, the emcee duo are ready for tactical ops. The usage of the patch for the album cover artwork is brilliant, adding to project authenticity. Quality eye-candy is foremost for proper company branding.

“Overworked and Underpaid”, an album by the First Division BSA, is a must for your hip-hop collectibles. At first, I was unfamiliar with emcee’s Shylow’s and Expertise’s body of work. After a little bit of research on these Canadian b-boys, I’m a little irritated with myself for not discovering them earlier. So glad Big Noise has these guys on the radar screen. They really deliver the music true hip-hop heads are looking for! Emcee Shylow’s and Expertise’s possession of lyrical expression is major league status. That’s especially true, when it comes to this military project, laced with insane wordplay, meaningful metaphors and seasoned delivery. This project had me rewinding joints multiple times, just to revisit some of these ill lyrics. The title is a perfect play on the “everyday struggle”, as we all work really hard, only to earn just enough to get by.

The cuts on the 1’s and 2’s are simply phenomenal, true deejay skillz are exhibited across the whole project, adding to the cohesiveness of the album. Once you familiarize yourself with the talent at hand, it’s easy to see why producers such as Marco Polo, Kev Brown, Jake One, and the legendary DJ Premier would be involved with this special forces platoon. This project reminds us that underground hip-hop has never gone anywhere, just constantly evolving in the background. Emcee’s Shylow’s and Expertise’s project should not be slept on, please take time to peep this classic boom bap album. Support the underground hip-hop troops, they need your support more than ever these days!

About First Division BSA via Facebook: First Division is a Canadian hip-hop duo made up of MC’s Shylow & Expertise. Both are members of The Bomb Shelta Association (BSA), a crew who’s 1998 compilation album Rebirth garnered critical praise and gained worldwide recognition via word of mouth, the internet and hand to hand sales while never being released commercially.

Then known as the Pillosnatchaz, the album featured 5 songs from the duo as well as their own individual appearances. During the early-mid 2000’s the two focused on solo endeavors, then reformed as a duo in 2009 and began recording new material.

Their first release under the name First Division is a collaboration with Large Professor called Long Winding Road, featured on Marco Polo’s Newport Authority 2 compilation released in 2013. At the top of 2014 they released two free EP’s, The Critical Path PT1 & PT2 via DJBooth.net as a warm up for their official debut album Overworked & Underpaid, which is now available courtesy of Soulspazm / Slice Of Spice / Spaghetti Bender Music.