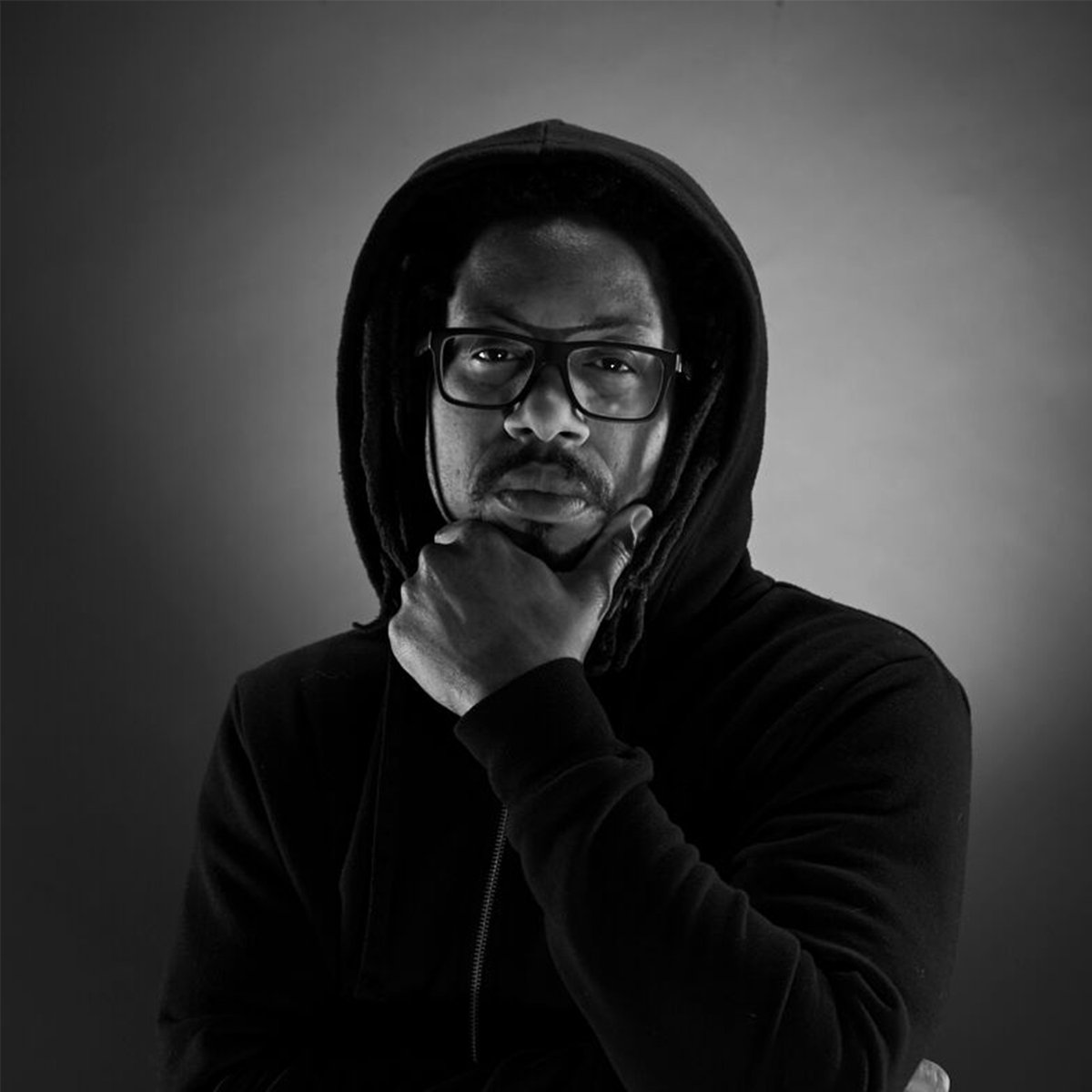 Mr. Lif I Phantom is an exploration of the dynamics of everyday life, & the pursuit of our dreams, in a rapidly decaying society. I Phantom is a story from beginning to end, told mainly from third & first person perspectives. It starts with the main character (who is unnamed) in the midst of a dream state in which he envisions everything from his own death to the summit of his prowess (Bad Card, A Glimpse At the Struggle, Return of the B-Boy).

His dream is rudely interrupted by his alarm clock, and sadly, it’s back to the real world. The next series of songs embody many of the struggles of day to day living (getting jerked at your job, hoping to fit in the social scene, attempting to maintain family life, etc.), and to say the least, the character in this story has a great deal of trouble finding his niche (Live from the Plantation, New Man Theme, Status, Success). The last 6 songs of Mr. Lif I Phantom are dedicated to providing a vivid display of how the social ills of the American society fuel a decay, which effects all of our lives to a great extent. This is achieved by providing a scope in which we see the effects of these ills on everything from family structure (Success and Now) to life as a whole on planet Earth (Earthcrusher and Post Mortem).

The story is challenging to follow, because the perspectives change often, and the songs fit together in intricate ways. It takes close listening and some sharp detective work to catch all the links, but the following I Phantom Key should help you comb through the tale. A young man, down on his luck, has a nightmare about making a fatal mistake.

Mr lif.I Phantom Key: 01. “Bad Card” He asks a friend for a gun. | 02. “A Glimpse At the Struggle” He is shot and killed while trying to rob a store. | 03. “Return of the B-Boy” He is resurrected by music (a kick drum, a snare, and a hi-hat) and goes on a mission to save hip-hop culture. His quest leads him to a battle against himself in which he must conquer his own demons. | 04. “Live From the Plantation” The alarm clock wakes him from the climax of his dream, and he is faced with the grim reality of his desk job. After analyzing the politics of the workplace, and realizing it’s many injustices, he quits.

05. “New Man Theme” Having just found the courage to quit his job, he reflects upon another life changing decision he has made, which was leaving college. Ultimately, he feels self empowered by his rediscovered independence, and decides to reinstate his social life by mingling at a local club. | 06. “Handouts” I call Insight to get a beat so I can continue the album, but I’m broke because I’m jobless. Insight in turn gives me a shitty, poorly mixed beat (“Status”). | 07. “Status” Our hero ventures out to socialize, but is quickly discouraged by the limitations posed by financial hardship.

08. “Success” Scarred and humiliated by public embarrassment, he swallows his pride and gets a new job. Unfortunately, he thinks that to be successful means to posses large sums of money, and views work as the most important thing in his life. Due to this outlook, he overlooks the emotional needs of his wife and his son (John). He loses his family, and through this experience, is forced to reevaluate his ideals about success. He meets a new woman, remarries, and now focuses his energies on having a fruitful family life.

09. “Daddy Dearest” John (the son from the first marriage) is desperately trying to keep his father involved in his life, but is given no consideration. | 10. “The Now” Dad is too caught up in making things work with his new family to pay any attention to the old one. In fact, he puts so much effort into having a perfect family that his daughter, Kate (elder child from the 2nd marriage) buckles under the pressure and commits suicide.

11. “Friends and Neighbors” This songs takes a similar approach to the film, “Magnolia”. There are a bunch of people from different walks of life, who are somehow connected to each other (Franz, James, Greta, and unnamed attacker, Officer Grief, and Kate’s family). Officer Grief answers the suicide call from Kate’s mom. He had recently snapped under some of the pressures of his job, and when he arrives on the suicide scene, he kills Kate’s mom and dad. The focus then shifts to the perspective of the average person who is watching details of the incident unfold on the news. As viewers of media, we are manipulated and molded into whatever major corporations need us to be in order to support sales, ratings, etc. I pose the questions “who art though?” to emphasize the degree to which we have lost ourselves in the machine. At the end of the song, I pose the challenge “…tell us how we got here” meaning how did we get to this point in human existence where these types of social ills are common.

12. “Iron Helix” This song is the answer to the challenge posed at the end of Friends and Neighbors. Iron Helix is a synopsis of colonization in which Insight plays the role of a tribesman, or anyone who may not be privy to the modern world. My role is as the voice of the modern world. At first, Insight is steadfast about his lifestyle, but as he continues to interact with my character, he loses sight of his old values, and way of life. By he end of the song, he is fully converted into the ways of the modern world, and there is no difference between his views and mine. Ultimately we are both the voice of man’s desire to control and conquer all that exists. The final words, “all opposition must die!” are descriptive of the destructive impulse that begins the nuclear war in “Earthcrusher”. | 13. “Earthcrusher” A Visual of the nuclear holocaust.

14. “Post Mortem” These are the perspectives of 4 people as they look into the light of a nuclear blast. Basically, the final words from those who are essentially dead. Each individual flashes vast imagery of their closing thoughts before they are dissolved by the bomb.

About The Project via Mello Music Group: The B-Boy has returned. Legendary Boston MC Mr. Lif has signed a multi-album deal with Mello Music Group for 2016 & 2017. His first new project will be out by early next year, but to hold fans over, MMG will reissue his classic albumI Phantom on November 27th.

For those new to this classic, Mr Lif I Phantom showcases production by El-P, Edan, Insight, DJ Fakts One, and NASA. Add to that guest features from Aesop Rock, Jean Grae, and Akrobatik. “I’ve been very active musically for years but I haven’t been putting records out,” Lif says. “I’ve been touring the world with Thievery Corporation and otherwise living in the studio, constantly making songs.” Lif’s new slate of music is as progressive and searing as ever.

If you’re even vaguely familiar with post-millennium underground hip-hop, you know all about the MC born Jeffrey Haynes. Over the course of four solo EPs and albums, Lif established himself as one of hip-hop’s most brilliant thinkers and triumphantly defiant voices. He spoke truth to power like few others: indicting racism, the inequities of late Capitalism, and political corruption.

His new songs figure to define this new age, by highlighting what has changed and how much regrettably has stayed the same. The partnership with Mello came out about organically. The link between the former Def Jux linchpin and Mello was obvious: they’re both known for un-compromised raw music with integrity, dedicated to both tradition and progression. Released November 2015, Mr Lif I Phantom classic debut album is the start to a long partnership.Lif promises his new work will be the most soul baring of his career, records that chronicle his ups and downs and the ebbs and flows of life.

“It was a very intentional decision to remain unsigned by any record label until I was absolutely ready. That personal journey spanned from 2007 to 2015. I needed to step back and gain perspective on a great many things”, Lif says. “I waited the right amount of time. I grew. I recorded an abundance of new material over the years, found the right record label, and now it’s time to come back and start round two of my career.”