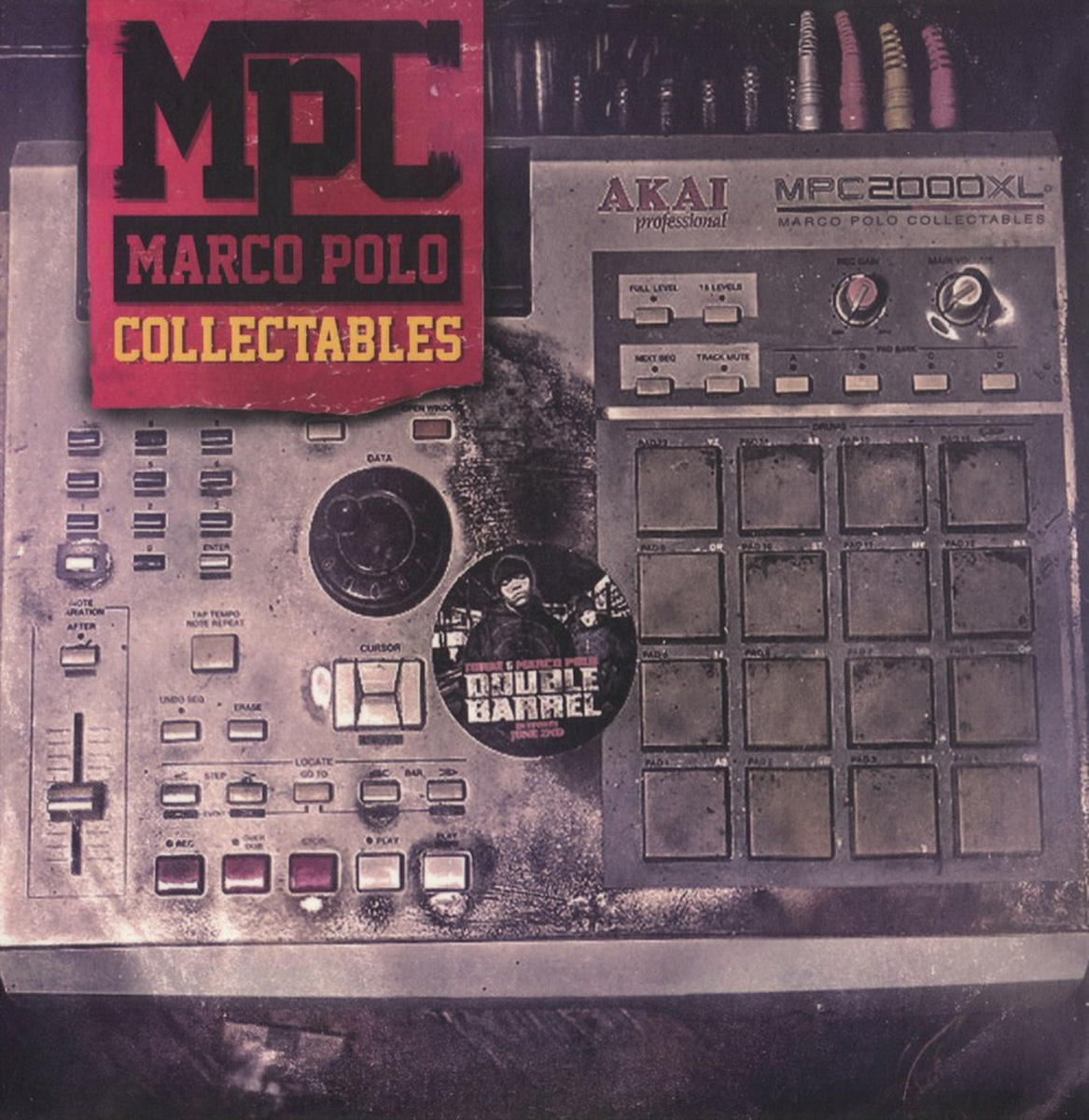 Legendary hip hop producer Marco Polo strikes again with the Marco Polo Collectables. Dropping illustrious beats from the vault, production veteran Marco Polo shares vivid orchestrations crafted from a deep vinyl collection. This Toronto / New York native brings us a compilation album containing his unreleased material, which dates back to 2002 / 2004. Giving us insight on some of the music that was being developed in the lab.

During the production process, half the joints that get started may never make it to release. Some of these joints may have been created during the time Polo was involved with the “Long Hot Summer” project featuring Masta Ace, or, a few years before production on Boot Camp’s “The Last Stand” album. For those of you who remember the “Port Authority” release in May of 2007, the track featuring Masta Ace titled “Nostalgia” feels like it could have come from this batch of beats, “MPC: Marco Polo Collectables”. Producers, do you have a dusty shoe box in the back of your closet?

Marco Polo, to those unfamiliar, has worked with many legends within the underground hip-hop community. These legends include; Sadat X, Masta Ace, Large Professor and Buckshot, just to name a few. Marco Polo has established a unique, yet classic hip-hop sound that is highly sought after by those who truly appreciate authentic hip hop music. The heavy use of sampling in his production is somewhat comparable to that of DJ Premo or Pete Rock. One thing you notice about his sound, there’s an innovative use of drum brake samples, familiar drum sounds flipped in a new way. It’s refreshing to hear hip hop culture in effect, the “Golden Era” influence expressed through Marco Polo’s musical interpretation.

The album sampler released via Slice of Spice records, was an absolute pleasure to listen to. One song after another, seamlessly integrated. As the album transitions, you can hear impeccable sample chops on top of heavy bass tones. The album definitely has that 90’s vibe to it. Listening closely, these unreleased beats give you insight on the producers, that greats like Marco Polo may have been listening to. Beats such as these, are one of the few reasons why I consistently return to this genre. If you’ve been sleeping on this beast of a producer, this album is an excellent place to start. You’ll feel right at home, as these beats draw you back to that eminent golden era, that beautiful music. Hip hop represent!

About The Project via Souncloud: Slice Of Spice and Spaghetti Bender Music is proud to present, MPC: Marco Polo Collectables, featuring 25 unreleaed beats circa 2002-2004. All of these beats are Pre-Port Authority era and were made on Marco’s original MPC2000XL which is pictured on the front and back cover of the album.

This album is available as a limited edition CD only, which will be sold directly at shows in Japan, October 2015, and through our retail partner DiskUnion. To ensure those who can’t make the show don’t miss out we’re making a limited number of copies available for purchase direct from the SOS Store in 2015.

Artist Bio via Facebook: Don’t let the name fool you. Producer Marco Polo is more time traveler than explorer. In the past decade, this T.O. native has been transporting listeners to an alternate dimension, somewhere between the 90s and the present, via a finely tuned drum machine and a magic sliver of vinyl handed down to him by a secret society of producers. Well, at least that’s what his music sounds like.

“My sound is definitely boom bap, I could never deny that. But I feel like it’s an updated sound,” says Marco, born Marco Bruno, who started making music in 1999 after buying an MPC drum machine with student loan money. The MPC and a pack of Newport’s his sole accomplices, Marco made a bold move to NYC in 2001. As an assistant Engineer at renowned recording studio, The Cutting Room, MP honed technical skills and got to know some of the rap game’s finest as he refined his production chops.

The Marco Polo production credit quickly began to hold more and more weight, with production placement on projects from legends such as Masta Ace and Boot Camp Click. MP’s discog of features, collaborations and solo projects grew steadily, leading to the 2007 release of the critically acclaimed “Port Authority.” This debut production album – featuring a who’s-who of MC heavyweights including Large Professor, Kool G Rap and Buckshot – was a career milestone that claimed his place as one of the new school’s most respected beatmakers.

Fast-forward 5 years… The production credits continue to grow and MP has been seeing the world, connecting with the international hip-hop community. He is expanding his creative horizons into the world of licensing, recently providing the theme music for comedian Russell Peters’ performances and DVD’s. As well, his original production was selected as the official theme song for the Brooklyn Nets telecast on the YES network, This highly dramatic and energetic instrumental – with horns inspired by the Menahan Street Band’s “Make the Road By Walking” (made popular by Jay-Z’s hit “Roc Boys” ) – caught the attention of a colleague on YES’s licensing team. In a classic case of clandestine timing, Marco’s theme found them in the 9th inning of their search for the perfect theme… ( read more )

Keep it locked to Big Noise Radio for authentic hip-hop music and culture from Marco Polo & Slice Of Spice!