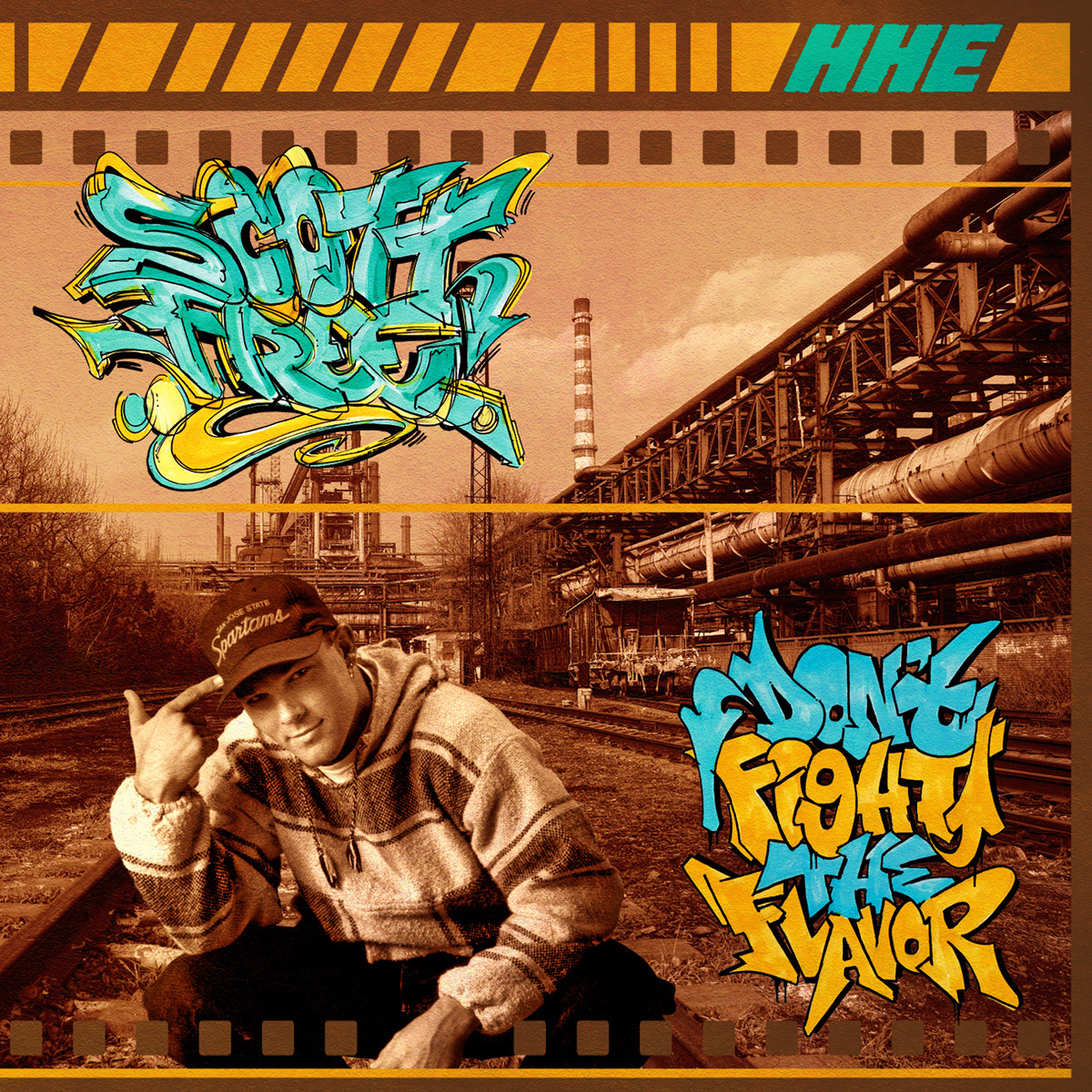 Featuring one of Big Noise Radio’s very own, Noiseman “Don’t Fight The Flavor” is an original project from 1993. With lyrics from rap artist Scott Free the song has an upbeat boom bap sound that’s guaranteed to make you nod your head at minimum, and dance around your room if you’re alone. The cool, mellow, boom-bap beat gives the song that classic sound of the 90s. That classic mix of boom bap sound, horns and drums could even be considered early jazz-hop. The rap style is what I would call friendly but sick, in classic party style; a business in the front, party in the back style of rap, if you will. Scott Free comes hard with the lyricism while still giving us a track for the backyard summer parties.

The album was released in what is considered the Golden Era of Hip Hop. The 90’s was a time when Hip Hop was just beginning to get its footing, transforming from somewhat of a sub genre to infiltrating mainstream music. Noiseman, with Scott Free and various other artists opened up for legends like naughty By Nature, Goodie Mob, house of Pain, C-Funk, Grave Diggaz, and many more acts right here in the Bay Area. “Don’t Fight The Flavor” was released in 1993, but just last year in 2019 the original music was released on Vinyl and CD by Hip Hop Enterprise in Belgium. Stream the album below featured on Bandcamp. This one is definitely 1990’s era certified, boom bap served fresh for your backpack.

The song “I Hear Em Coming” was written and produced in the 90’s and is so appropriate for the climate in our society today. With the tragic murders of Ahmaud Arbery, George Floyd, Breonna Taylor and so many more senseless killings, we all need to be vigilante. Scott Free sounded the alarm while speaking truthfully about the enemy within our American communities. We stand for peace, love and unity. We support racial equality within our communities. We support the American dream!

Published in April 20, 1993: Scott Free “Don’t Fight The Flavor” Produced by Noiseman, Released by Big Noise Entertainment & Hip Hop Enterprise. “Do not fight the flavor, cause the flavor always wins…”

Project Info via Bandcamp: Scott Free “Don’t Fight the Flavor” EP Vinyl Record & CD. | Here we go with the very first recordings Noiseman produced back in 1993! In the early days Noiseman teamed up with Scott Free and they rocked many shows all over the bay area. Hailing from the south bay, during the early Peanut Butter Wolf years. They opened up for names like Naughty by Nature, Das Efx, C-Funk, House of Pain, Gravediggaz, Lighter Shade of Brown, Goodie Mob, Lord Digga, Paris, Lord Finesse, Masta Ace, Assassin, MC Breed, Mystic, Total Devastation, DJ Quick and many more.⁣
⁣
Being in an area where G-Funk reigned supreme they never got the props they deserved and it was an uphill battle trying to get their name and music out to the public. Prepare to be blown away because what you will hear is nothing but top notch 1993 hip-hop! Limited to only 100 copies on black vinyl, available now on Bandcamp!

Don’t touch that dial… Keep it locked to Big Noise Radio for authentic hip-hop music and culture from Scott Free!