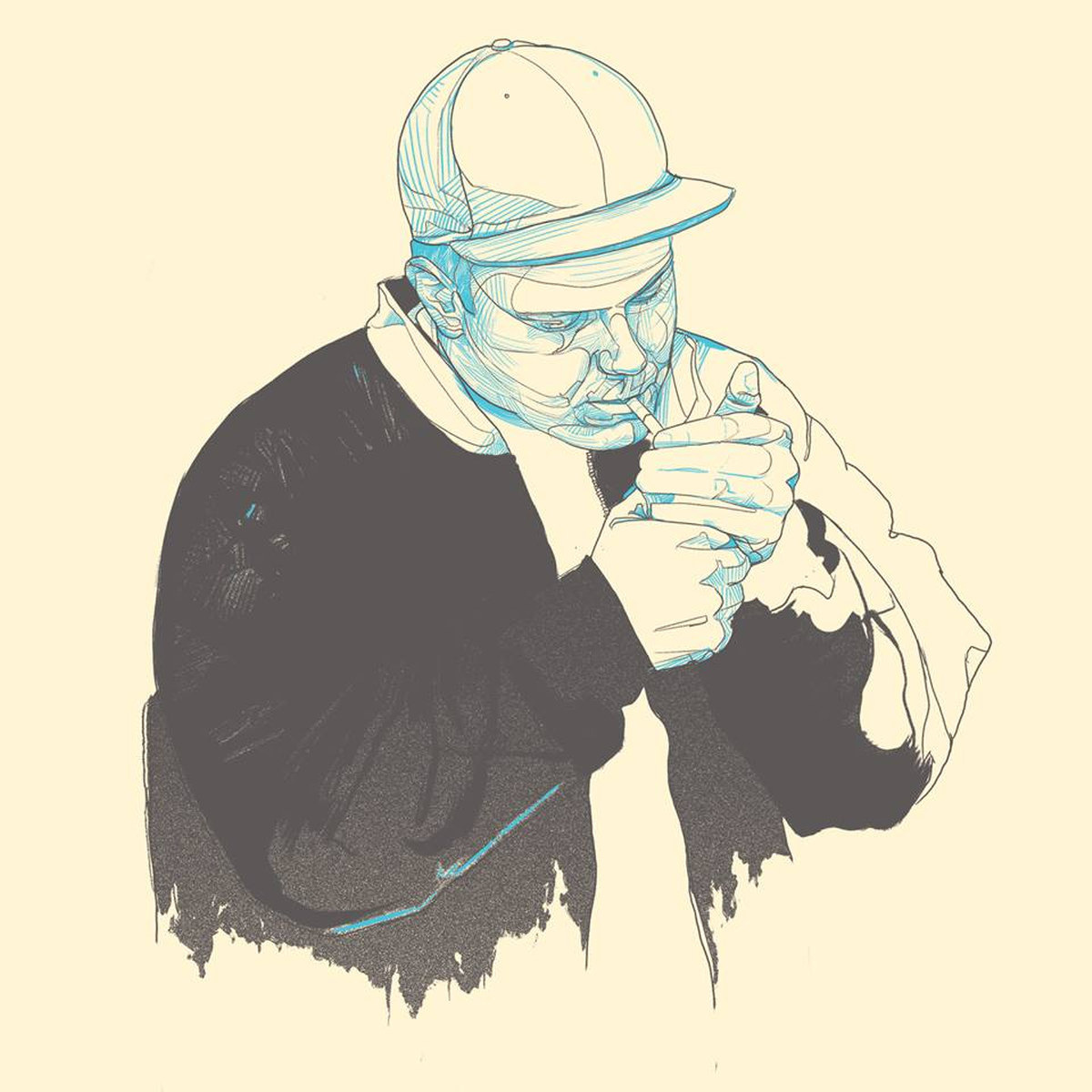 Red Pill Album MMG, which is a multi-album deal he just signed, has decided to let Mello fans know that he has put in his 10,000 hours and is ready for the solo artist limelight. His opening track is produced by new-teammate Oddisee, who back in 2011 after watching Red Pill preform at SXSW spoke to Apollo Brown suggesting he produce something with him. “Red Pill was thoroughly impressive on the mic and in front of the crowd,” says Oddisee about the experience. Apollo Brown then went on to form the group Ugly Heroes with Red Pill and Verbal Kent in 2012, before releasing their first group record in early 2013. The collaboration of underground hip-hop talent is amazing.

Interestingly Red Pill had purchased production for Oddisee about 5 years before and sat on it, waiting until he felt ready enough to do it justice. Cut to five years later and Red Pill has signed a deal as Oddisee’s teammate and is working alongside him. Appropriately, this forms the first track of the “Learning To Punch EP” and is titled “Smile.”

The second song on the Red Pill Album MMG is the heartfelt journalism of “All Of Us” – an emotional and well thought out response to the violence and brutality recently shoved into the forefront of American communities. Finally west coast producer Duke Westlake brings an introspective soundscape over which Red Pill unleashes the angst of being hungry and the focus of turning “one day” into today. “Learning To Punch” is a concise power punch combination from the newest Mello Music Group emcee and an indication of the musicality to come. Add Red Pill to your favorites.

About Red Pill via Facebook: Red Pill personifies his hometown of Detroit so well that all he is missing is a Faygo pop and a bag of Better Made potato chips. As a solo artist and a member of the Mello Music Group trio Ugly Heroes with Apollo Brown and Verbal Kent, he uses music to reflect the struggle, passion and resiliency of the Motor City – and the rest of the tough, blue collar folks that hold the world together.

Chris “Red Pill” Orrick was born and raised in Detroit until seventh grade, when his grandfather evicted his family from a house he owned for failure to pay rent. He, his parents, and his three younger brothers moved to the rural city of Howell, Mich., and he began writing raps. The words in Pill’s notepad narrated his own hardships: his mother’s alcoholism (she later passed away from the disease), growing up poor, and the desolation of moving to a new town with new friends.

“I connected more with music that I could find a way to relate to,” he said, “and I wanted to write songs that connected with other people.” Pill joined BLAT! Pack, a collective of music professionals, soon after enrolling at Michigan State University. He released “Please Tip Your Driver” soon after, a song inspired by experiences working at a sandwich shop. The single and the album of the same title earned him consistent blog coverage and began to build a fan base around the state.

The next year, Red Pill moved back to Detroit and teamed with BLAT! Pack producer Hir-O to begin work on a new album, The Kick. A head-turning performance at an unofficial Detroit SXSW showcase earned him coverage as a DXNext artist on HipHopDX. He and Hir-O teamed with Occupy Detroit to release “We Are Not Like Them,” an ode to the poverty-stricken 99% that he grew up as a part of. The duo also helped organize and headline an Occupy Detroit fundraiser concert, and continue to perform for other area causes.

In 2012, another unofficial SXSW showcase garnered the attention of Fat Beats, which inked a digital distribution deal for The Kick. Red Pill and Hir-O teamed up with DaJaz1 to release Dream Within A Dream, an EP that respected rap journalist Kevin Nottingham placed in his year-end Top 10 list. The duo also won a fan-determined trip to Brooklyn to compete for a slot in the Brooklyn Hip-Hop Festival.

The Kick was recognized by HipHopDX, COMPLEX, and other top notable publications – most notably MTV RapFix’s “Get In The Game,” where Sway Calloway interviewed them and Machine Gun Kelly praised Red Pill’s rhyming ability. “You already know, your wordplay is genius,” said the Bad Boy Records signee.

The Kick showcases Red Pill at his best: candid, conceptual, and reflective. He rhymes about his tough upbringing, his everyday economic and musical struggles, and perhaps most importantly, how he perseveres through it all. Hir-O’s mix of soul, jazz, electronic music and live instrumentation serves as the backdrop. The disc has garnered comparisons to revered indie classics like Blu & Exile’s Below The Heavens, and fans have made The Kick one of HipHopDX’s highest user-rated albums of 2013.

Red Pill’s talent and work ethic also caught the eye of fellow Detroiter Apollo Brown, one of the most respected producers in the indie rap scene. Mello Music Group released Ugly Heroes – an album that groups Apollo Brown with Red Pill and Chicago emcee Verbal Kent – in May 2013. The record garnered critical acclaim, and ascended on iTunes charts around the world.

With powerful storytelling and a brawny, unmistakable delivery, Red Pill Album MMG is primed to prove that he and the people his music represents will continue to fight through whatever comes their way.

Keep it locked to Big Noise Radio for authentic hip-hop music and culture from Red Pill!