Quartermaine “War Of The Roses” Produced by Kev Brown 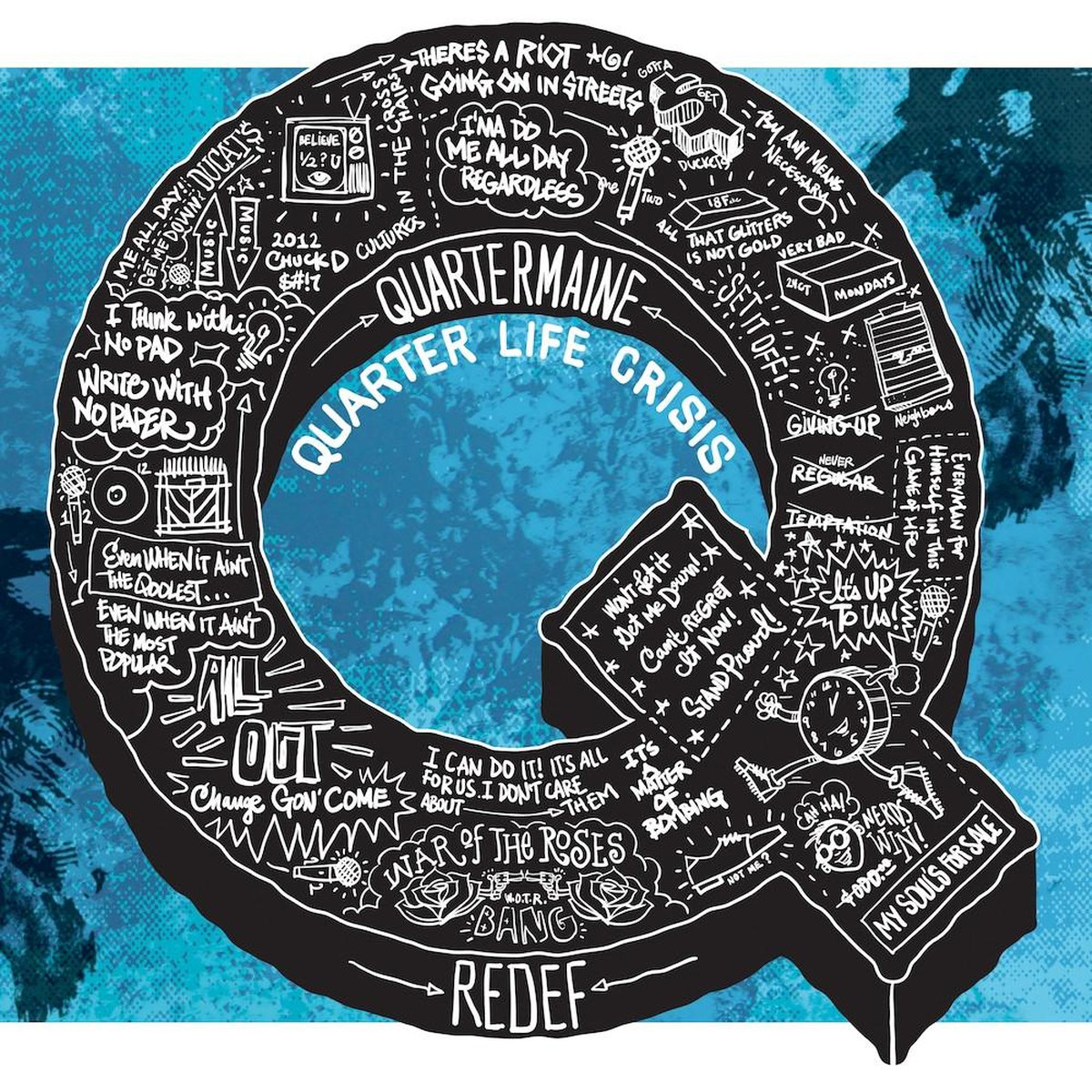 Quartermaine “War Of The Roses” Produced by Kev Brown

If I had a quarter for every dope Kev Brown beat I heard, I’d be filthy rich by the time I bumped this Quartermaine record. This joint is no change from the usual fire. Laced with spacy guitar riffs, some soulful strings, and his signature soul punching bass line, Kev Brown does it again with another classic joint in collaboration with Quartermaine. In classic Golden Era fashion, Quartermaine “War Of The Roses” drops the usual realness in his opening bars, addressing the everyday struggles young shorties witness as they “live amongst the roses, only the drama”.

The Kev Brown soul is appropriately dressed with lyrics about what one may experience living within a culture that values money over knowledge and our youth are neglected; in his own words, “sons pack tools, lack jewels from they fathers, little girls influenced by Louis Vuitton and Prada”. We have to make important decisions about what’s important in life.

The cover art, designed by long-time Redef affiliate Joseph Buckingham, is a “Q” with various words and imagery scribbled within it; its a visual representation of the subject matter spit throughout the tracks on “Quarter Life Crisis”. Released in November 2012, the album features 9 joints with one feature by Kid Funk; with track titles like “$oul 4 $ale, Giving Up, and Introspection, the record maintains themes consistent with “War Of The Roses”. Paired with production on the album by Joc Max, Kev Brown, Joe Buck, Ken Wood and Quartermaine; it’s safe to say the record is chock-full of flammable material.

About The Project via Complex: Underground rap fans may remember Brooklyn born, Washington D.C. based, Low Budget Crew rapper / producer / DJ Quartermaine as one-half of the duo Critically Acclaimed. But Q’s latest release is a solo LP titled Quarter Life Crisis, which his homie and Hot 97 DJ Peter Rosenberg linked out to earlier tweeting, “Thank me later real hip hop heads.” Check out “Giving Up,” which is produced by Joc Max and features a slick sample of James Brown’s “King Heroin,” and then cop Quarter Life Crisis on iTunes for only $3.99. Good money.

Published in November 2012: Quartermaine “War of The Roses” Produced by Kev Brown, Released by Redefinition Records, Audio Stream via Bandcamp.

Artist Bio via Sonicbirds: Much can be said of humble beginnings, something producer and artist Kev Brown witnessed firsthand as a budding young producer in Landover, Maryland just outside the Nations Capital. Honing his production and rhyming abilities using meager equipment and distributing self-made cassette tapes in and around the Washington Metropolitan area, Kev Browns hustling ways garnered the attention of MC and producer Grap Luva. A collaboration between the two, “What Ruling Means” featured on Marley Marls Re-entry LP, launched Kev Browns professional career to impressive levels. The pairing led to Kev Brown lending production to the legendary trio De La Soul. Kev Brown then landed a position as a part of DJ Jazzy Jeffs A Touch of Jazz production outfit. From there, Kev Brown went on to produce a track for Raheem Devaughns debut and continually worked with the Low Budget Crew, a collective consisting of Kenn Starr, Oddisee, Peter Rosenberg, Cy Young, DJ Roddy Rod among others.

During the craze of the remixing of Jay-Zs The Black Album, many failed to realize that Kev Browns attempt at remixing what was thought to be Jay-Z’s final opus was the first of its kind. The project was the launching pad for Kev Browns solo venture. The 2005 debut LP, I Do What I Do, was a well-received record full of the trademark, head nodding sound Kev Brown was infamous for. 2008 saw the release of the collaborative LP between West Coast MC LMNO and Kev Brown, titled Selective Hearing. Kev Brown has recently released the follow up project “Random Joints” . In the interim, Kev Brown has stayed busy producing for artists such as Eric Roberson, Biz Markie, and Busta Rhymes to name a few.

Kev Browns production style is a distinctive, hypnotic blend of strong bass lines, sharp drum programming and subtle samples that enhance the track all while retaining a true school steadiness. As a rapper, Kev Browns syrupy, confident baritone melts into the track with measurable ease. This straight-ahead, undiluted style of Hip Hop has garnered Kev Brown flattering comparisons to the great golden era producers such as Pete Rock, DJ Premier, and Large Professor. Kev Brown represents quality, precision, and authenticity in a time where plastic imitations of greatness fester in todays music scene.

Word up, Big Noise Radio for authentic hip-hop music and culture from Quartermaine and Kev Brown!