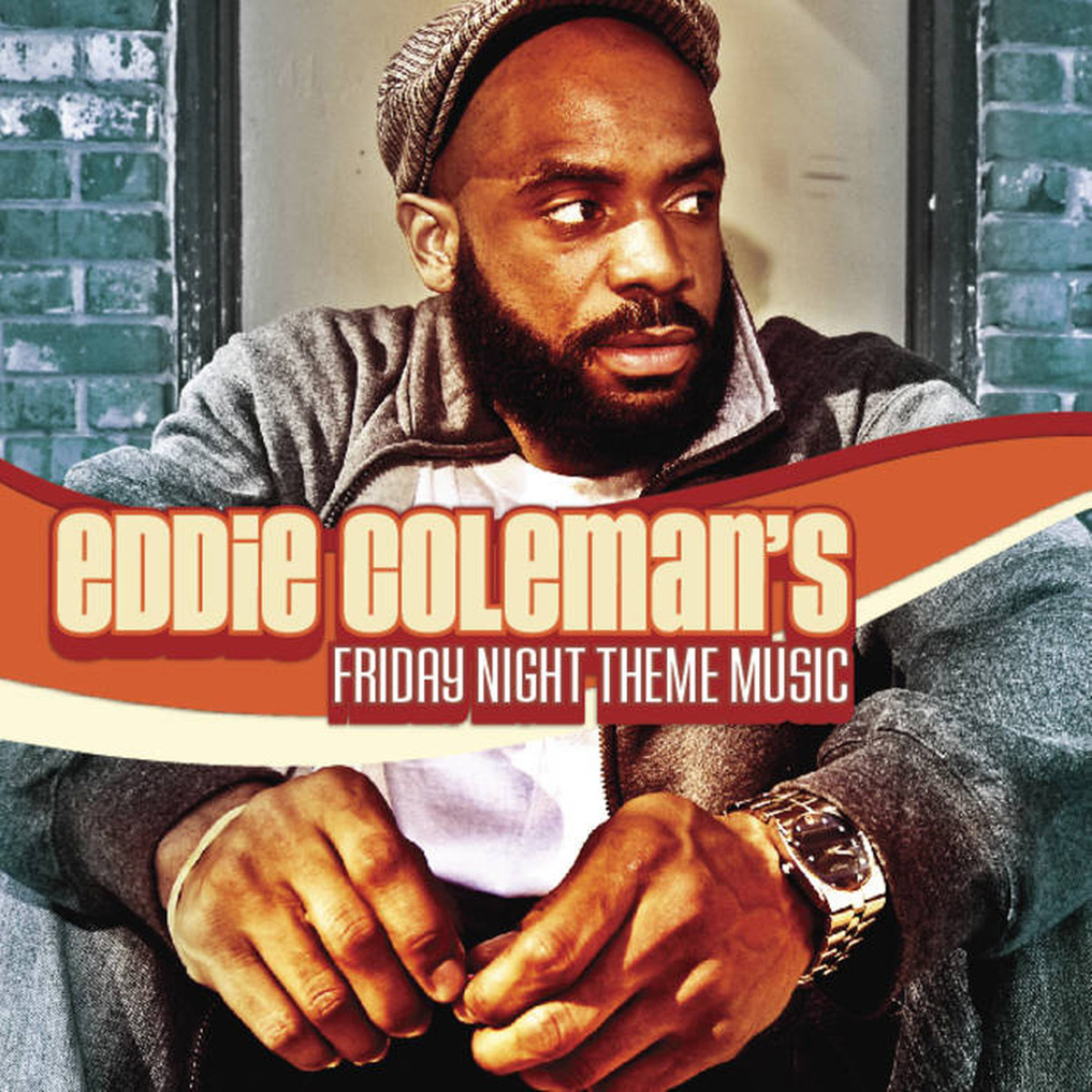 The foundation of Hip Hop music incorporates influences from multiple genres of music. Genres such as Jazz, Soul, film Sound Tracks, Rhythm & Blues, Big Band and World music. Because of Hip Hop music’s diverse background, it is a versatile art form. That is to say, a master hip hop producer is able to create a new sound from a vast selection of music. Eddie Coleman’s “Friday Night Theme Music” demonstrates quality, authentic hip hop production embracing that full exploration via diggin’ in the crates. Produced by the Atlanta based Illastrate, via Working Class Music, the album is soulful and possesses independent hip-hop personality on every track.

Throughout the album (“Friday Night Theme Music”) there are a plethora of soundbites, adding to the authenticity of this instrumental album. The turntablism expressed on this project, the cuts on the one’s and two’s, are one hundred percent official. The organic vinyl record crackle on track number 4 “A Song For Cree”, the fresh re-imagination on the classic drum beat from the song “Substitution”, track 5 “1ne 4 You”, complimented with fantastic female vocals, one of the break-beats hip-hop music was founded on (available on the classic “Ultimate Beats and Breaks” vinyl record collection). Flipping the 80’s joint “Everything She Wants” from the group Wham headed by George Michael, track number 13 “Last Call”, Illastrate demonstrates his production diversity and genus. This 16 joint beat banger is a must for any serious hip hop head.

“Friday Night Theme Music” consists mostly of instrumentals with a neo-soul feel on the timing. Moreover, the personality in each track is self evident. In particular, the track “Changes” Illastrate samples a quote that expresses ideas of positivity, unity, and respect for women in the Black community. Addressing social issues is a fundamental aspect of hip hop culture. In other words, socially conscious artists and producers such as Illastrate seek to entertain and inform their audiences within the same musical space. This type of balance seems to be lacking from mainstream music of online radio station.

A Note From The Editor: In order to stay informed and balanced I try to stay up on TV shows like “Love In Hip Hop”, so I can understand whats going on in the commercial sector. It’s important to see how our culture is interpreted by organizations interested in mass appeal and commercialization. “Love In Hip Hop Atlanta” is the latest version I’ve been watching. Chalked full of drama, he-said-she-said and ATL industry insight. It’s definitely entertaining to say the least! Showcasing producers like Stevie J and industry insiders like Benzino, we’re able to get a sneak-peak into the lifestyles of today’s American music industry. I was building BNR between 2005 and 2009, when “Love In Hip Hop” first came out.

During season 2 (Atlanta, GA), episode 5, a female rap artist named Che Mack, trying to work with music producer Stevie J, asks a poignant question about doing real music; “…what are real songs, everyday life, …the struggle…” – a very pertinent question in today’s industry. I don’t believe anyone involved within the music industry really wants to answer this question, the truths about black history and identity, pop music vs soul music, it’s all very complicated. Why is there such a lack of conscious rap and soul music in today’s commercial platform? Why are we saturated with up-tempo, dance and pop artists? These are all difficult questions to answer. Until we get there, it’s up to independent music enthusiasts to stay informed and find the extensive embodiment of beautiful balanced music, available through independent channels.

Founder and owner of an independent record label based in Atlanta, “Working Class Music”, hip hop producer Illastrate is one of the many folks out there contributing to the pool of quality independent music like “Friday Night Theme Music”, to be found on the internet. Working Class Music has a simple tag line provided regarding their company information: “Outfit of thinkers, artists, emcees, DJs and producers based out of Atlanta, GA.” They’ve got a nice lineup of artists showcased on the discography, including Boog Brown, Rozewood and Arablak to name a few. Check out their compilation of releases, see what you think about the class of work they’ve been puttin’ in.

Project Press Release: Illastrate hails from Fort Wayne, Indiana, a small town of 255,000 people. Production wasn’t always the focus for Illastrate, he started as an emcee, doing High School talent shows with local crew Outta Order. Later they formed a bigger crew called C.O.C. which gained local attention ’97 when they dropped an album “The Nuthing”. Sales from that album allowed him to purchase his first sampler and beat machine while he was attending college at Ball State University, the rest is history. He left school (was kicked out due to his new love for beats) and returned to Fort Wayne and dedicated his time to digging and learning the craft of hip hop production. Studying the likes of Ali Shaheed Muhammad, DJ Scratch, DJ Priemer, The BeatMinaz, Dr. Dre, Pete Rock and any quality hip hop music he could get his ears to. He honed his skills in the small city over the years, and finally decided to move to a bigger market (Atlanta, GA) to further his knowledge of music, and career. After working with a few artist in Atlanta, his break came when the Broady Champs, Buddy Lee, caught wind of a beat tape when they both attended AIU.

The veteran crew brought him in and he produced most of their official debut album “Breakfast of Champions” on Day By Day Records in 2004. The album was well recieved by underground heads, even to this day, is considered a gem. That album gave Illastrate a spring board to release his own compilation(s) (Basmental vol 1,2,3) and later in 2007 the critically acclaimed Dirty Drum Mixtape. Along the way Illastrate has been able to produce for artist such as, Broady Champs, Akir, Tiye Phoenix, Dynas, Boog Brown, J-Live, Doitall, The Invizzibl Men (Karniege and Marq Spekt) and a long list of great artist from the Atlanta underground scene. He was co-executive producer of the critically acclaimed Dynas LP “The Apartment” (BBE) which boasted production by, Jazzy Jeff, Illmind, 9th Wonder, J-Dilla and himself.

In 2009 he released the first record off of his own imprint Working Class Music, The Black Noise LP, which featured Emcee Aarophat, formerly of Pockets Linted. The album was heralded in the underground as a breakthrough classic, and was named #1 album of 2009 by Bloggerhouse.net. He produced heavily on breakthrough artist of 2009 Boog Brown’s Grind Season vol 1 mixtape, and lent production to Adrift De Belle’s Garden State Parkway LP. Also in 2009 he produced for Lords of the Underground emcee, Doitall, on his solo effort American Du.

Since then Illastrate and produced and arranged for Boog Brown, Yamin Semali, Rozeood, Supastion along with multiple releases from their working class imprint.