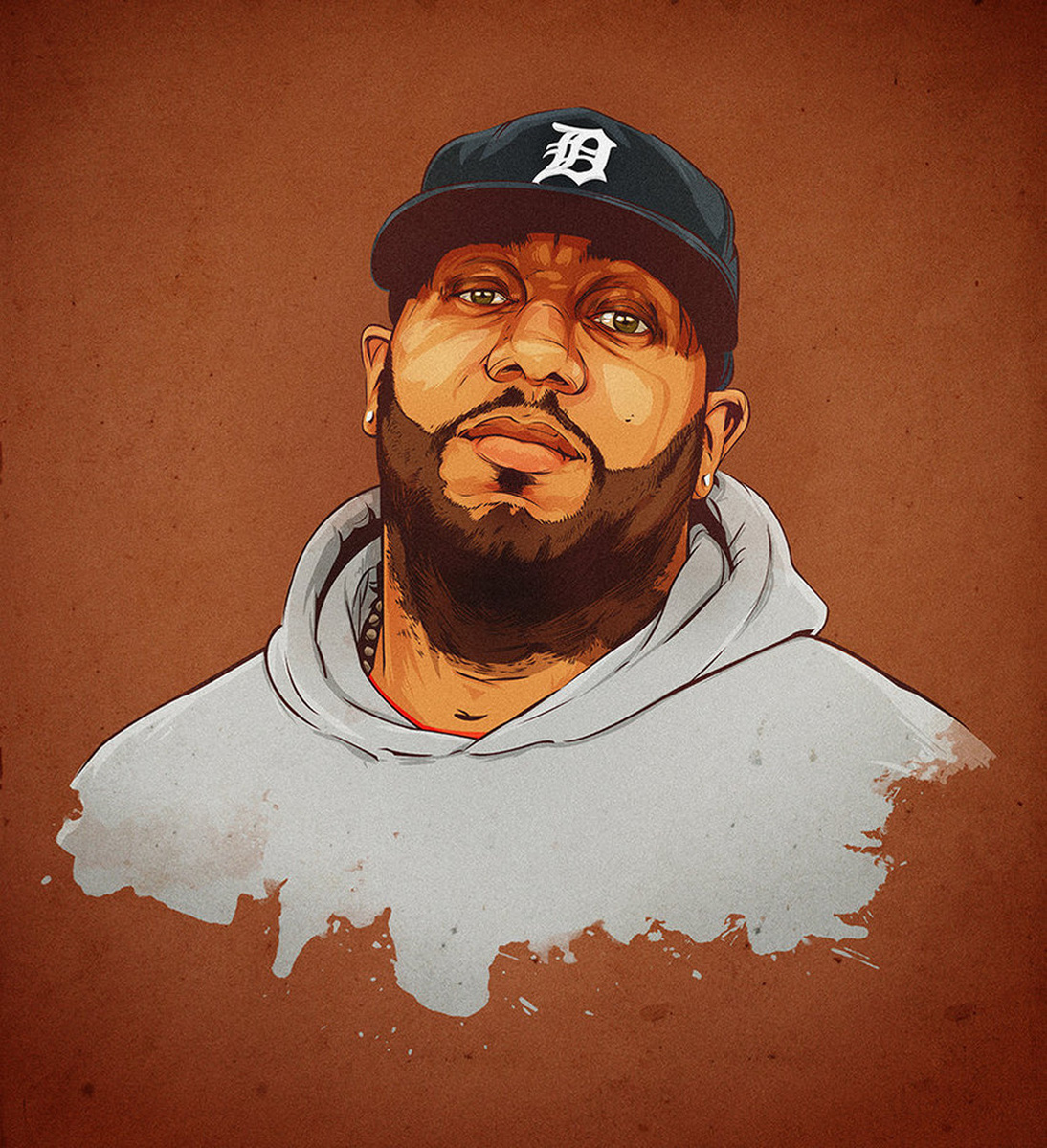 The process of creating a hip hop record is often a collaborative effort between the emcee and the producer. The emcee delivers lyrics and charisma, while the producer is responsible for creating the undertone that reflects the emcee’s spoken word. A talented hip hop producer is versatile, meticulous, and has a keen understanding of various genres of music. Additionally a talented hip hop producer is also capable of creating and releasing instrumentals independent of an emcee. In other words the role of a talented producer is crucial. Based in Detroit, Apollo Brown is a well respected hip hop producer featured in one of Mass Appeal’s “Rhythm Roulette” segments. The segment challenges creative individuals to blindly handpick several records to create a beat with. Apollo Brown’s approach to the challenge signifies his talent and authenticity. In the tradition of the Motor City, Detroit artists are extremely talented.

Prior to the sampling and chopping, Apollo Brown first payed a visit to the Record Graveyard in Detroit for blind crate digging. With several funk and gospel records, the process began. In particular, Apollo worked with a Lucille Pope record and the use of drums to compose a beat that’s spontaneous and original. Apollo’s sampling style is reminiscent of the boom bap era of hip hop music, and is a testament to the influence of hip hop legends such as Pete Rock, J Dilla and DJ Premiere.

Apollo Brown produces for Mello Music Group and has had the opportunity to work with cats such as Ghostface Killah, Planet Asia and Ras Kass, to name only a few. He’s had multiple collaborative albums reach Billboard’s R&b charts and has recently released an album entitled “Grandeur” in September 2015. The album features artists such as Barrel Brothers, M.O.P., Masta Ace, Oddisee and Rapper Big Pooh. Be sure to look out for Apollo Brown on Big Noise Radio.

Artist Bio via Facebook: Apollo Brown is different than most producers. He grew up on the Seals and Crofts—not the Isley Brothers—version of “Summer Breeze.” Born into a bi-racial family in Grand Rapids, Michigan, his early influences skewed more toward the music of Journey and The Carpenters than the urban genres his peers often cite as inspiration. This is not to say that once hip-hop came into play, Apollo wasn’t all in. Just as easily as he can praise the virtues of yacht rock, the 29-year-old beatsmith can name personal heroes—Gang Starr, Wu-Tang, Mobb Deep, M.O.P., Nas, and Black Moon—from the early 90s period in which, for him, beats and rhymes became life.

In 2009 Apollo won the Detroit Red Bull Big Tune Championships and competed in the national finals. He then signed as a producer with the Mello Music Group in December of 2009. Apollo’s credo is simple: “Everything I make, I try to make it my favorite album of all time.”. 2010 is the year in which he stakes his claim to make Apollo Brown a household name.

Holding it down… Big Noise Radio for authentic hip-hop music and culture from Apollo Brown!