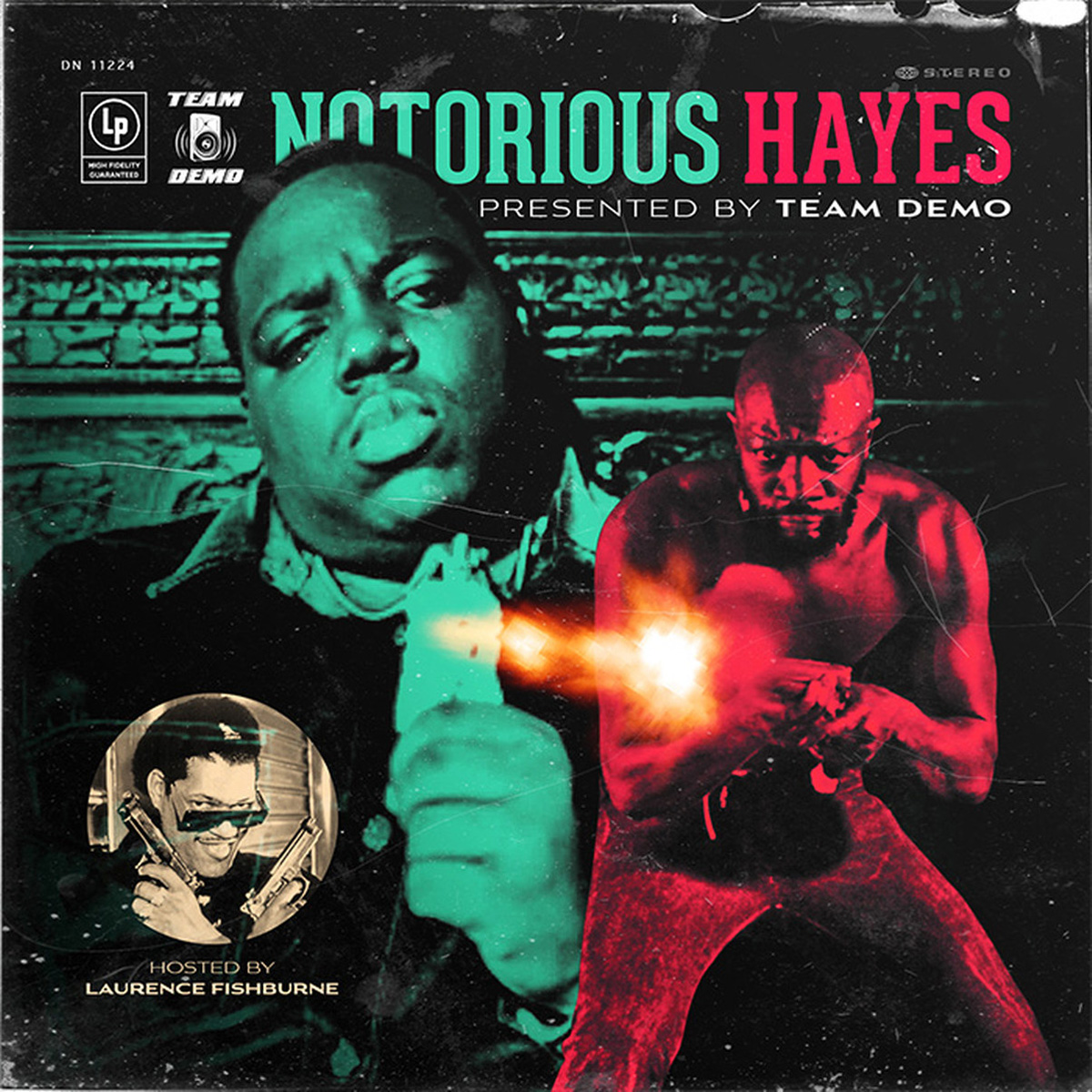 Christopher Wallace, otherwise known as Biggie Smalls, aka Notorious B.I.G. is an icon of hip hop music and culture. With one of the most complex and smooth flows, Biggie’s impact on hip hop is undeniable. His legacy has influenced the next generation of artists to contribute and pay homage to hip hop culture. Biggie Remix “Notorious Hayes” is a mashup of some of his most prominent work. Rest In Peace Christopher Wallace aka Notorious B.I.G.

This mashup is evidence of Biggie’s influence on contemporary artists. It is also proof of hip hop’s flexibility. By taking popular Biggie joints, Team Demo reproduces Biggie’s sound with their own steeze. In fact the Biggie remix is not just a Biggie dedication, but a dedication to the Hip Hop movement. Reimagining older records to create a new sound is the essence of hip hop culture. Additionally the remix features sampling from influential figures in hip hop culture. For example quotes from Slick Rick, Snoop Dogg, and NWA. Soundbite are an essential part of hip-hop music.

The production of the mashup was diverse and drew sampling from genres such as funk, blues, jazz, disco and soul. Although the sampling spurred from multiple different genres, the production was only sampled from one artist, Isaac Hayes. Furthermore, the remix featured considerable sampling of Laurence Fishburne soundbites. Team Demo’s idea to only sample Issac Hayes tracks is proof of their ingenuity. The sampling of Laurence Fishburne also adds character to the production. Along with Biggie’s vocals, Team Demo was able to re-imagine several modern classics in hip hop with dope results.

After releasing the Barry White sampled, ‘Notorious White,’ in recognition of the 18th anniversary of the passing of the late Biggie Smalls, Viriginia’s heavy hitting production crew, Team Demo (50 Cent, Obie Trice, Sean Price), are pleased to present ‘Notorious Hayes,’ in time for what would be the 43 birthday of the The King of New York.

‘Notorious Hayes’ is produced using only Isaac Hayes samples, and boasts 15 free tracks that are seamlessly interwoven with classic Laurence Fishburne soundbites. ‘Notorious Hayes’ is now available for free download, courtesy of AudioMack…so hurry up and download, press play, and prepare for this rap killin’. Team Demo will soon be every rapper’s best friend as they plan on releasing the instrumental version on Friday, July 31st…stay tuned!