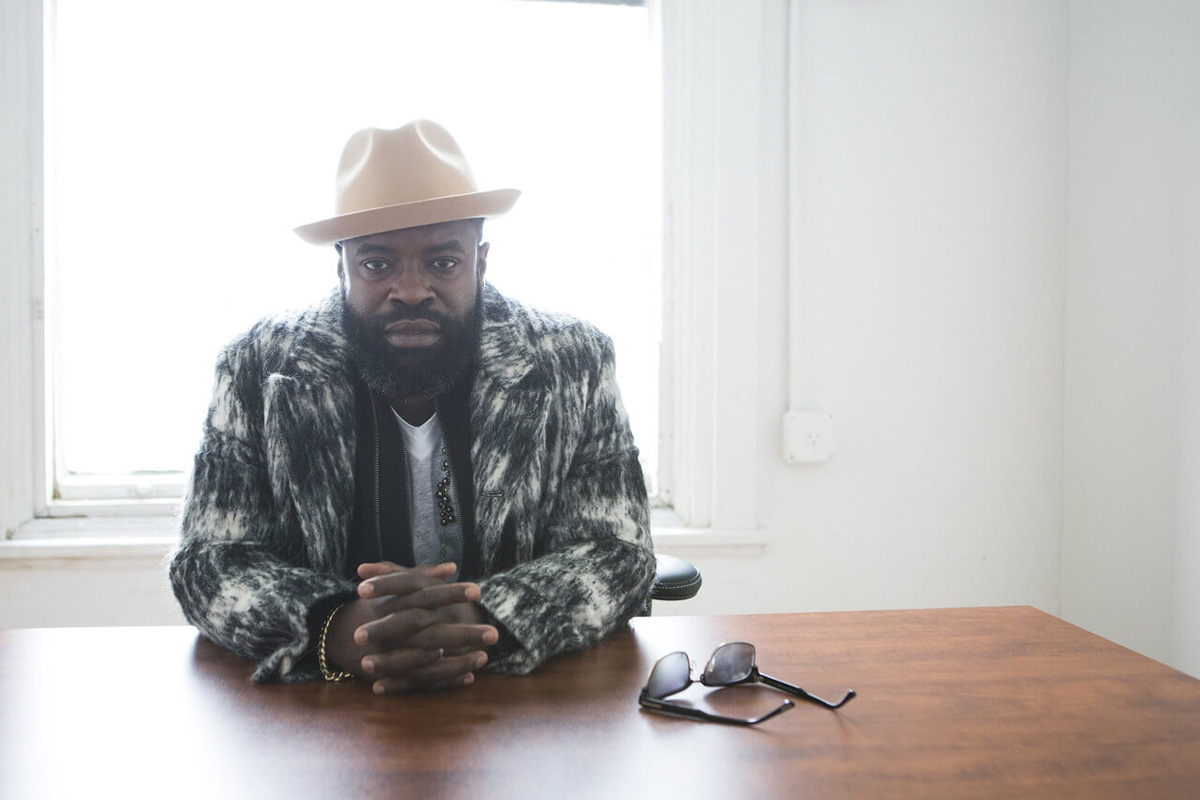 Emcee Black Thought “Couldn’t Tell”, an unreleased track from Statik Selektah’s latest album Lucky 7, does not fail to bring the hammering drums and tough rhymes.  This is exactly what one would expect from a collaboration between Statik and Black Thought. The song has a deep East Coast feel like you’d expect from Statik Selektah, and is true to Black Thought’s layered rap skills. Black Thought, a member of the legendary Roots crew, has a wide scope of appearances. His body of work ranges from releasing a track for the latest Street Fighter game to appearing regularly on Jimmy Fallon. Pumping out a track like this is a subtle nod to the hip hop community that he still messes with the boom-bap.

Couldn’t Tell is a song about a revengeful ex-girlfriend who writes a diss-track to get back at her spiteful DJ ex-boyfriend. This joint couldn’t be timed more perfectly, as beef seems to be the meal of choice for a majority of the current rap game. Left and right, shade is being thrown, Twitter is lighting up, and rappers are acting more spiteful than ever. This track, while maybe not an intentional metaphor, serves as a snapshot of the current state of affairs; diss records are garnering critical acclaim and number one spots, and the industry is loving every bit of it.

Black Thought brings his unique rhyme scheme to the diss-era with this track. The track focuses on a break-up goes perfectly over Statik’s instrumentals. The two compliment each other almost perfectly on this track with Black Thought’s seemingly effortless word-play, and Statik’s production. The beat drops with a dramatic feel that will cause you to go into deep thought, yet bob your head at the same time.

It’s no surprise that Couldn’t Tell is such a dope track. Black Thought doesn’t miss and adds his own rugged style. He may not be the rapper you see on TV every day, but real hip-hop heads know his work which is why he’s featured here on BNR. Listen to Emcee Black Thought “Couldn’t Tell” track and tell us what you think in the comment section.

Black Thought via APB: Tariq Trotter has been rapping for 19 years, ten of which have been shared with his legendary crew, the Philadelphia live hip-hop band, The Roots. They have been hailed as pioneers of the burgeoning sound now being identified as the “Philly Sound.” Tariq “Black Thought” Trotter has been the highly recognized voice of this sound. He’s the MC, whose lyrics have recalled the poetic passion of Amiri Baraka, the truth & rawness of Donald Goines, unquestionable flow and lyrical styles of Big Daddy Kane and Rakim, and a skill and rhythmic cadence that can be liked to no one but himself. He has served as the voice to so many poignant thoughts wrapped in a skill level we thought had been lost.

The labels and hopeful projections placed upon The Roots, was one of the driving forces behind Black Thought’s desire to create his own image, and define his sound and album. He considers the creation of a solo album, his “way of showing another dimension of myself, while still being a member of the Roots, I can have other grooves of myself. With the solo album, I have a chance to really highlight myself by using very straight ahead rhymes & beats. But one thing I want to take from The Roots into my own work is the idea of pushing the musical envelope.” A versatile MC, Black Thought has held his own through one capricious decade of hip-hop, finally to emerge like a phoenix from a flame. Like any great artist, Black Thought has learned to layer and play with the phonetics and syllables of his words. Yet, he all the while keeps in use his powerful metaphoric imagery that makes him one of the most intense and ingenious lyricist of our time.

Although enigmatic and rather indefinable, Black Thought’s performing skills have carved him an undeniable niche as one of hip-hop greatest live acts. His braggadocio and stage prowess is magnetic allowing him to capture almost any crowd he performs for. It is not uncommon for him to slide effortlessly into a Louis Armstrong scat from his “Da Skat” lyrics and then into a country ho-down. His stage presence is so well recognized that in 1999 he and The Roots won a Grammy for their performance of “You Got Me” featuring Erykah Badu. His performance and presence on the stage has attracted a wide range of musical artists such as Rage Against the Machine, Les Nubians, De La Soul, and Big Pun, to invite him to join them as a guest on their work. In addition to musical artists, his charismatic and legendary performances have caught the eye of film directors. He has been in three movies, Bamboozled, a Spike Lee joint, Brooklyn Babylon, and Perfume.

Yet, as an MC his heart belongs to the music regardless of his other ventures. When asked why he feels as though he needs to put out solo album although all the Roots CDs are critically acclaimed he responds: “I think at this point I just want to show the world I’m a power player in terms of being an mc in the world of hip-hop.” Seems like an unnecessary concern for someone who has fronted one of the most avant-garde and legendary hip-hop crews in music history. For Black Thought this is just a beginning to revealing his many sides of a story.