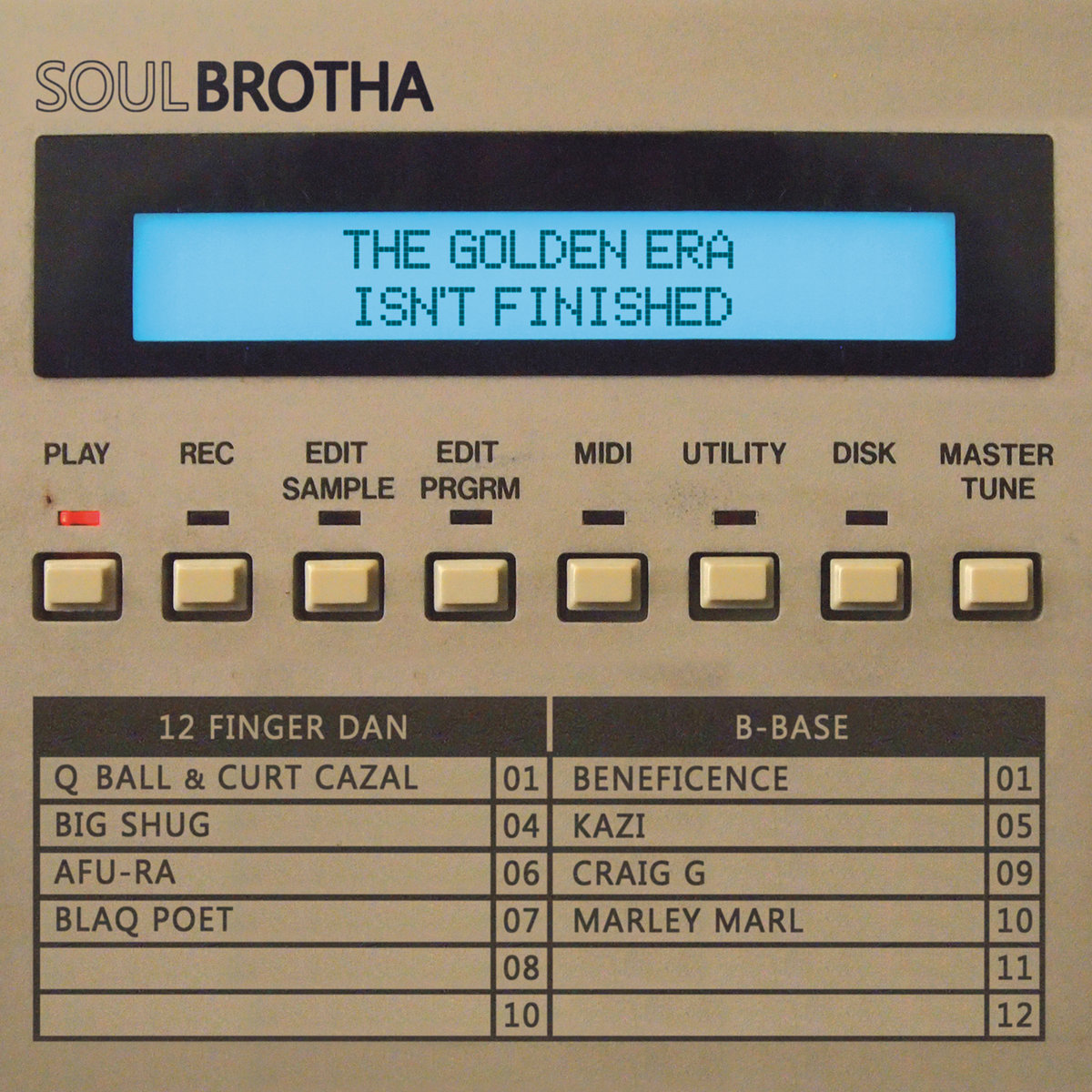 Using the classic Akai S900 era sampler face for an album cover, an ode to their sound, these soulful brothers definitely understand how to represent the culture. Rocking the title “The Golden Era Isn’t Finished” basically sums up the mode of operation from this hip-hop squad. Hip hop represent!! Getting familiar with the Soulbrotha Flow ‘N Facts, I stopped by his webpage, and was extremely impressed with a soulful hip-hop “beat of the week” incorporating pianos, strings, a “no” vocal, and drums that had me all the way open…lol, no doubt!!

About Soulbrotha via Facebook: Soulbrotha is back! After the successful album “Collector’s Item” now follows the “Connexion EP” which is again entirely produced by B-Base and 12Finger Dan from Hamburg / Germany.

In the tradition of the classic 90´s Hip Hop, the tag team reloaded their SP1200s with soul and funk to do what they do best: no-frills Boom Bap filled with real lyrics and dope scratches!

As we all know that this formula can´t be beaten and has his origin in the city that never sleeps, the Soulbrotha collaborated on that EP with some of their pals and also one of Big Apple´s Heavyweight Hip Hop-Artists like DJ Premier, Large Pro, Nutso, Blaq Poet, the NYGz, Krumb Snatcha and the Freestyle Professors.

As the culture has progressed even more and more into an industry, Soulbrotha still remains solidarity with cutting up records and chopping beats. So clean up your stylus and let the groove crackle like roast from the pan. Influences; classic 90´s Boom Bap. Genera; Raw Hip Hop & Dynamite Soul.