The Remix, Producers Mash Up Classic Emcee Vocals Over Beats 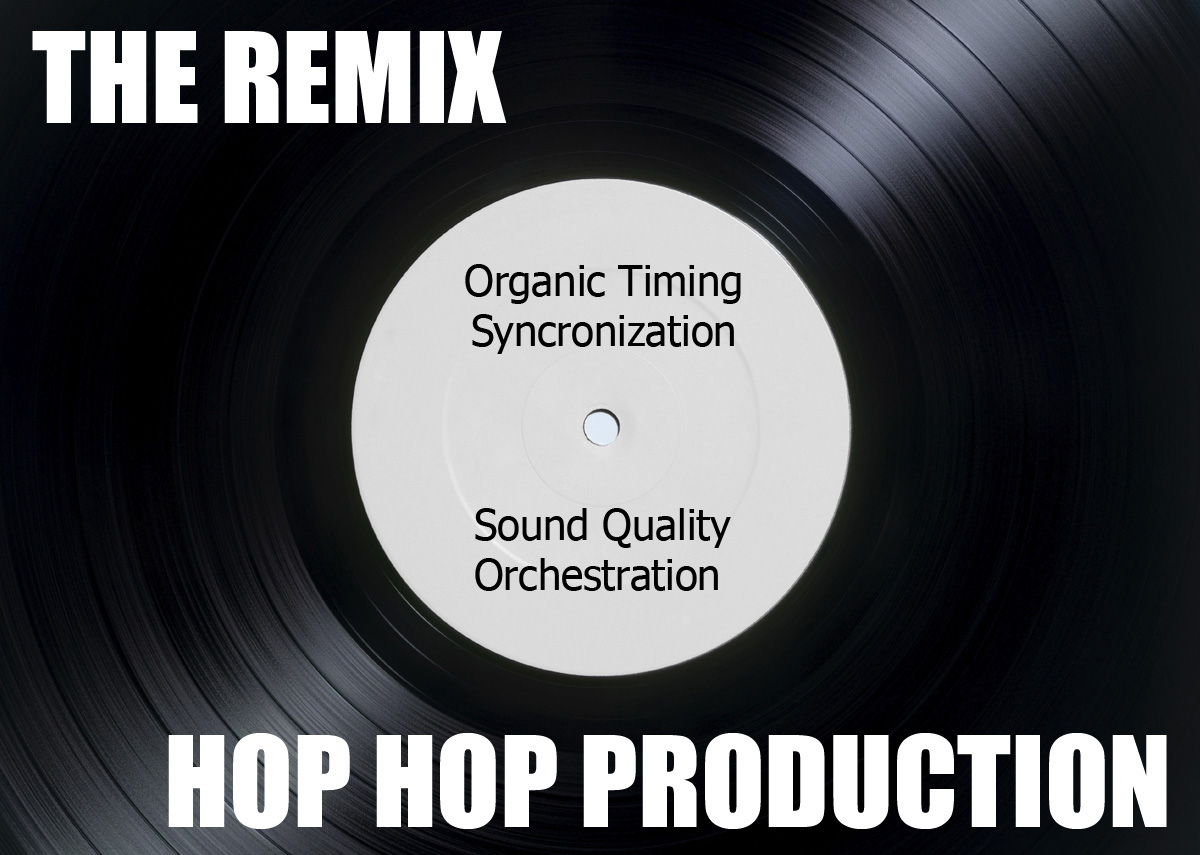 The Remix, Producers Mash Up Classic Emcee Vocals Over Beats

Now a days, there are so many dope hip-hop producers. All over the the world you can find cats who have been putting in their work. Honing their craft, releasing some of the best hip-hop music on the planet such as Remix Mashup How To. Creative producers like Kev Brown, Showbiz, Black Milk, Evidence, 9th Wonder, Nottz Raw, Khrysis and Buckwild. These beat-makers have elevated hip-hop production to a sophisticated art-form. Influenced by classic musical standards; Jazz, Soul, R&B, Rock and Big Band. These producers compose and orchestrate raw organic music! The remix allows us to enjoy classic emcee singles with a whole new experience.

The technical skills it takes to complete a proper remix project requires a clear understanding of many production elements. Synchronization, matching the timing and delivery of the vocals with the track is essential. Subtle forward or backward delays in sync can make-or-break the feel of the remix. Having experience as a DJ can really help with this process.

Synchronization on “Remix Mashup How To” can be achieved as it was done in the early days, Dee jays would typically place the acapella record on turntables and match-up the vocals by hand. Recording them onto the multi-track recorder, or cassette tape, for mix-down. Today digital workstations allow hip-hop producers to adjust track tempos with high resolution, and manipulate synchronization down to fractions of a millisecond. With good music, timing is everything!

After that it’s all about basic production and engineering skills. The track has to be tight!! The goal should be to deliver a song better then the original, if that’s achieved, success. Organic timing, soulful melodies and great sound quality, are critical for classic hip-hop tracks. We’d like to introduce you to a few cats who have this process “down pat”. Notts Raw out of Vagina and Sensei Walingh out of Amsterdam are two producers you should know about. They’ve been putting down classic hip-hop production for some time now. There are many new producers on the scene including Freddie Joachim.

We ask you to review the hip-hop remixes below. “Remix Mashup How To”, “Kick In The Door” off the House Shoes project “Dreams B.I.G. Re:Imagined” including 13 Biggie tracks remixed by Shoes, Nottz, Waajeed, Knx, NAMELESS, 14KT, P.U.D.G.E., Quelle Chris, Khrysis, Chanes, and Brenk Sinatra, straight fire!! The others, a remix playlist via several underground produces we respect; Ben Hedibi, ShunGu and Dave Sparks, to name a few… you guys be the judge.

Roots of The Remix via Wikipedia: Since the beginnings of recorded sound in the late 19th century, technology has enabled people to rearrange the normal listening experience. With the advent of easily editable magnetic tape in the 1940s and 1950s and the subsequent development of multitrack recording, such alterations became more common. In those decades the experimental genre of musique concrète used tape manipulation to create sound compositions. Less artistically lofty edits produced medleys or novelty recordings of various types.

Modern remixing had its roots in the dance hall culture of late-1960s/early-1970s Jamaica. The fluid evolution of music that encompassed ska, rocksteady, reggae and dub was embraced by local music mixers who deconstructed and rebuilt tracks to suit the tastes of their audience. Producers and engineers like Ruddy Redwood, King Tubby and Lee “Scratch” Perry popularized stripped-down instrumental mixes (which they called “versions”) of reggae tunes. At first they simply dropped the vocal tracks, but soon more sophisticated effects were created, dropping separate instrumental tracks in and out of the mix, isolating and repeating hooks, and adding various effects like echo, reverberation and delay.

From the mid-1970s, DJs in early discothèques were performing similar tricks with disco songs (using loops and tape edits) to get dancers on the floor and keep them there. One noteworthy figure was Tom Moulton who invented the dance remix as we now know it. Though not a DJ (a popular misconception), Moulton had begun his career by making a homemade mix tape for a Fire Island dance club in the late 1960s.

His tapes eventually became popular and he came to the attention of the music industry in New York City. At first Moulton was simply called upon to improve the aesthetics of dance-oriented recordings before release (“I didn’t do the remix, I did the mix”—Tom Moulton). Eventually, he moved from being a “fix it” man on pop records to specializing in remixes for the dance floor. Along the way, he invented the breakdown section and the 12-inch single vinyl format. Walter Gibbons provided the dance version of the first commercial 12-inch single (“Ten Percent”, by Double Exposure). Contrary to popular belief, Gibbons did not mix the record. In fact his version was a re-edit of the original mix. Moulton, Gibbons and their contemporaries (Jim Burgess, Tee Scott, and later Larry Levan and Shep Pettibone) at Salsoul Records proved to be the most influential group of remixers for the disco era. The Salsoul catalog is seen (especially in the UK and Europe) as being the “canon” for the disco mixer’s art form. Pettibone is among a very small number of remixers whose work successfully transitioned from the disco to the House era. (He is certainly the most high profile remixer to do so.) His contemporaries included Arthur Baker and François Kevorkian.

Contemporaneously to disco in the mid-1970s, the dub and disco remix cultures met through Jamaican immigrants to the Bronx, energizing both and helping to create hip hop music. Key figures included DJ Kool Herc and Grandmaster Flash. Cutting and scratching became part of the culture, creating what Slate magazine called “real-time, live-action collage.” One of the first mainstream successes of this style of remix was the 1983 track “Rockit” by Herbie Hancock, as remixed by Grand Mixer D.ST. Malcolm McLaren.

Keep it locked to Big Noise Radio for authentic hip-hop music and culture from Remixed Tracks!