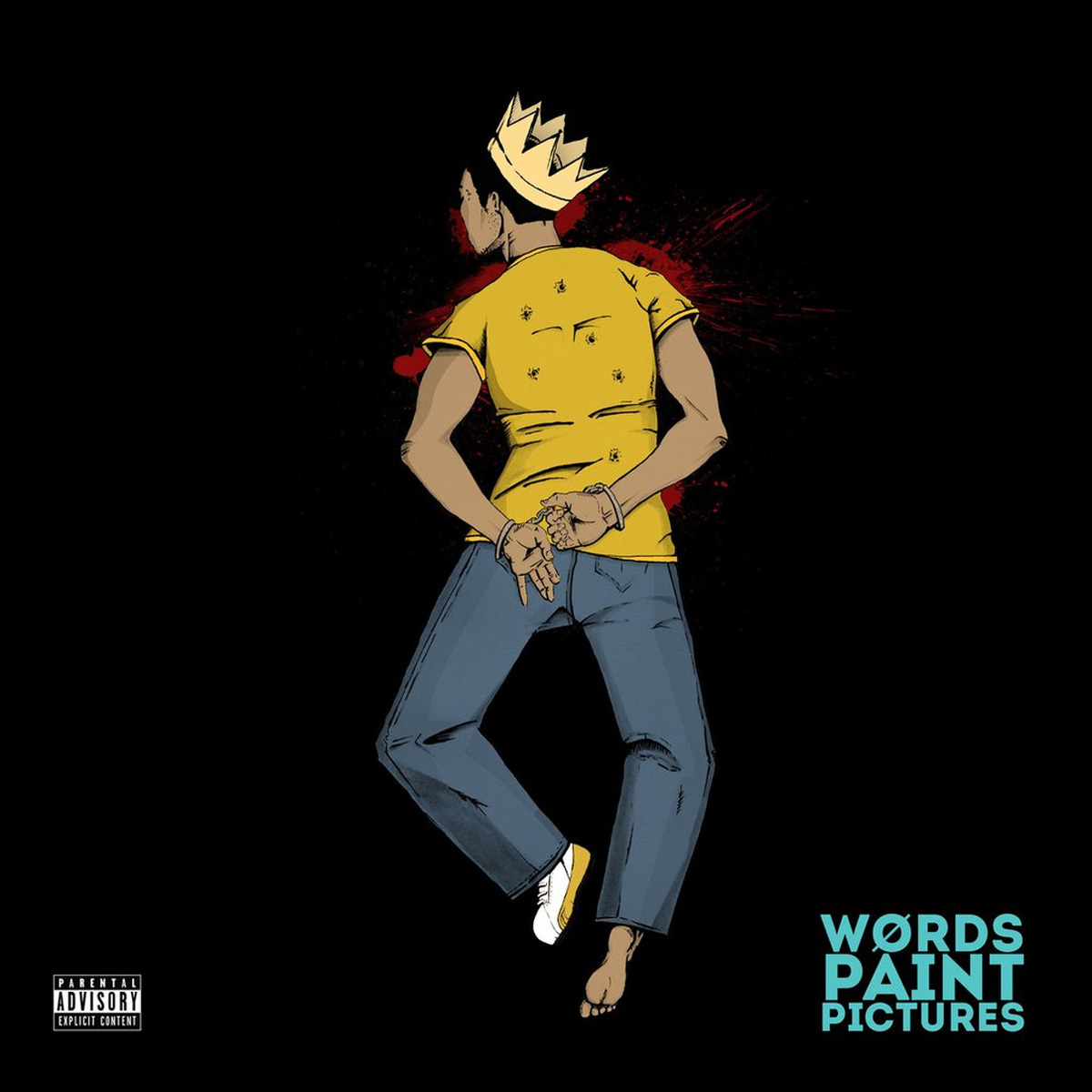 Lao Tzu claimed that, “Music in the soul can be heard by the universe.” Occasionally, the universe can also stir music from the chambers of the soul. Projects like “Words Paint Pictures” by Big Pooh are the songs tattooed into our memories, torn from headlines and unsettling encounters, intense anthems of immediacy.

You can hear these eternal truths on Words Paint Pictures – Big Pooh’s debut release for Mello Music Group. Over seven songs and two remixes, the North Carolina MC captures the complex agonies of the human condition—specifically the black experience in America over the last several centuries. These are tales of racial profiling and corrupt politicians, reality TV distractions, thieving preachers and rapacious exploitation—all offset by tremendous strength. They are uniquely American stories, chronicling both the damned and hopeful. From bleak circumstances, a profoundly durable human spirit emerges.

While Pooh sketches in vivid detail, Apollo Brown supplies the canvas. The Detroit-via-Grand Rapids alchemist chops classic soul samples and scratches hooks into bangers—head nodding and hard, but still beautiful. The holy trinity of DJ Premier, Pete Rock and J. Dilla supply divine inspiration. As Pooh spits on “Candlelight:” “this is what they call boom-bap / when they try to find what’s in that backpack.” Mello Music Group always delivers the goods.

What’s in that backpack is as intangible as the light in the briefcase in Pulp Fiction. It’s a main vein of discontent and mother lode of inspiration. Over a gorgeous antique loop on “Augmentation,” Pooh sketches the duality of the greed-choked world we inhabit, and the sacred feelings he’s bringing back. On “Stop,” he harrowingly chronicles a racist police stop and in the process eulogizes Oscar Grant, Mike Brown, and those exterminated by brutal law enforcement goons. “Promise Land” paints a haunting picture of those “hanging by gold ropes.”

The guest list helps buoy Pooh and Apollo’s vision into the third dimension. Ras Kass indicts everyone from the media to Obama for the mess we’re in. Gorgeous and raw hooks come from Steve Roxx and Eric “Blakk Soul” Keith.” L’Orange contributes an unsettling remix and Detroit representative Marv Won exhales fire.

But at heart, you return to the words, the pictures, and the complications inherent in the soul. You might have previously known Big Pooh best for his work in Little Brother, but this is the most powerful music he’s ever made. Mining deeply into the personal, he’s created something profound and universal.

About Rapper Big Pooh: The infectious visionary better known as Big Pooh, made his mark as one-third of the critically acclaimed hip-hop group, Little Brother. During the making of the group’s sophomore album, The Minstrel Show, the motivated wordsmith began his own sonically equipped journey. As a solo offering, Sleepers, became a sought-after collective body of work containing the confidence of a newcomer finding his place in lyrical perfection. Pooh had discovered his distinction amongst many others.

Not giving up on the group, he joined his team once more for their final work, Getback, which was released filled with individuality for each member had evolved into stronger lyricists and producers. This collaboration made Big Pooh more passionate as he provided old and new fans with his second album, Dirty Pretty Things. Branding became a parallel focus for the unguarded artist as he recognized his abilities through his Fat Boy Fresh series.

As a compliment to previous works and fan favorites, Pooh released: Sleepers: The Narcoleptic EP which was filled with selections left off of his debut solo album. From this musical construct, Big Pooh’s artistry has influenced the likes of Kanye West, Lil Wayne, Drake, Kendrick Lamar and others. In esteemed right, he’s currently preparing for the release of Home Sweet Home, a collaboration with Grammy Award winning producer, Nottz and helping to develop other artists.