Pawz One “Face The Facts” Album Release via Below Systems 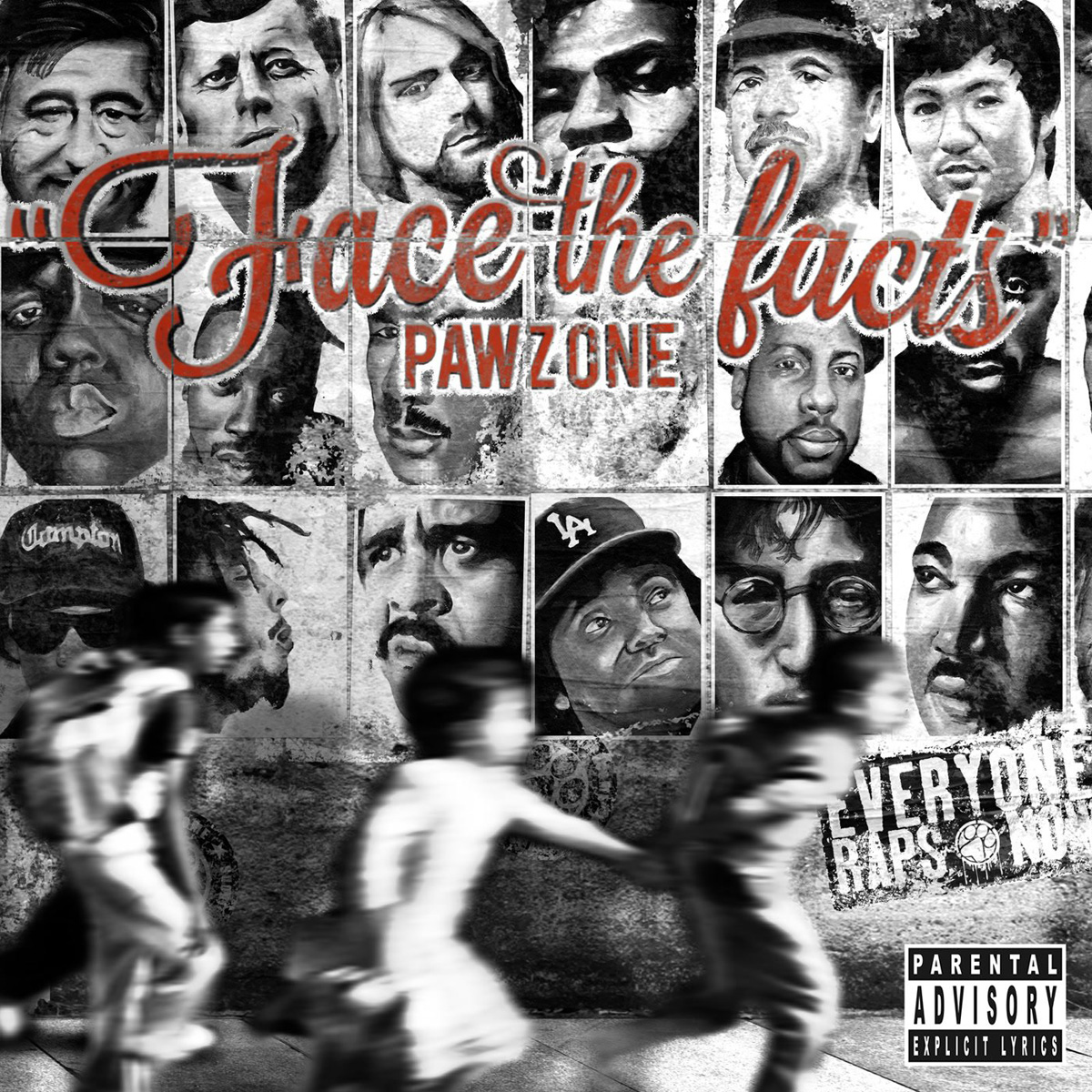 Pawz One “Face The Facts” Album Release via Below Systems

The West Coast has gained a following for being a purely gangsta rap scene, but the LA-based newcomer Pawz One challenges this ideology with the release of his debut album Face The Facts. Though the 18 track project plays out like a Golden Era hustler’s anthem, the delivery and presentation is what makes this one so memorable. The blend of Pawz-One Face The Facts lyrical potency, coupled with the boom-bap production savvy of LA’s Default and Breeze, prove to be a notable combination that’s worthy of your attention.

From the piano frantic “Officer Down” to the A Tribe Called Quest sampled “The Luv [Remix]” featuring Masta Ace and Ariano, ‘Face the Facts’ showcases a West Coast vibe, balanced with that East Coast grit. Beats aside, the lyrics of ‘coming up and taking over’ are central to the album’s theme, as Pawz creates a Scarface’esque story of success. ‘Face the Facts’ includes additional guest features from Ras Kass, Termanology, Rakaa Iriscience, 2Mex and Self Provoked and is now available via Below System.

Pawz One announces the release of his album “Face The Facts”, after releasing 3 well received mixtapes and independently touring the United States, Pawz One returns with his first solo album. Featuring a combination of gritty and smooth production from Los Angeles producers Default & Breeze that embody the genuine golden-era style. Heavyweight guests such as Rakaa Iriscience of Dilated Peoples, Ras Kass, Termanology, 2Mex and Masta Ace all make solid appearances throughout the album. ‘Face The Facts’ is set to impact audiences all over the world by carrying on tradition & adding something new to hiphop’s already rich history.

Hip Hop is in good hands, it’s time to face the facts! Distributed through Fatbeats the album will be available on CD, limited edition vinyl & cassettes as well as all online retailers.

Pawz-One Face The Facts Album Release via Below Systems | Soundcloud

Don’t touch that dial… Big Noise Radio for authentic hip-hop music and culture from Pawz One!