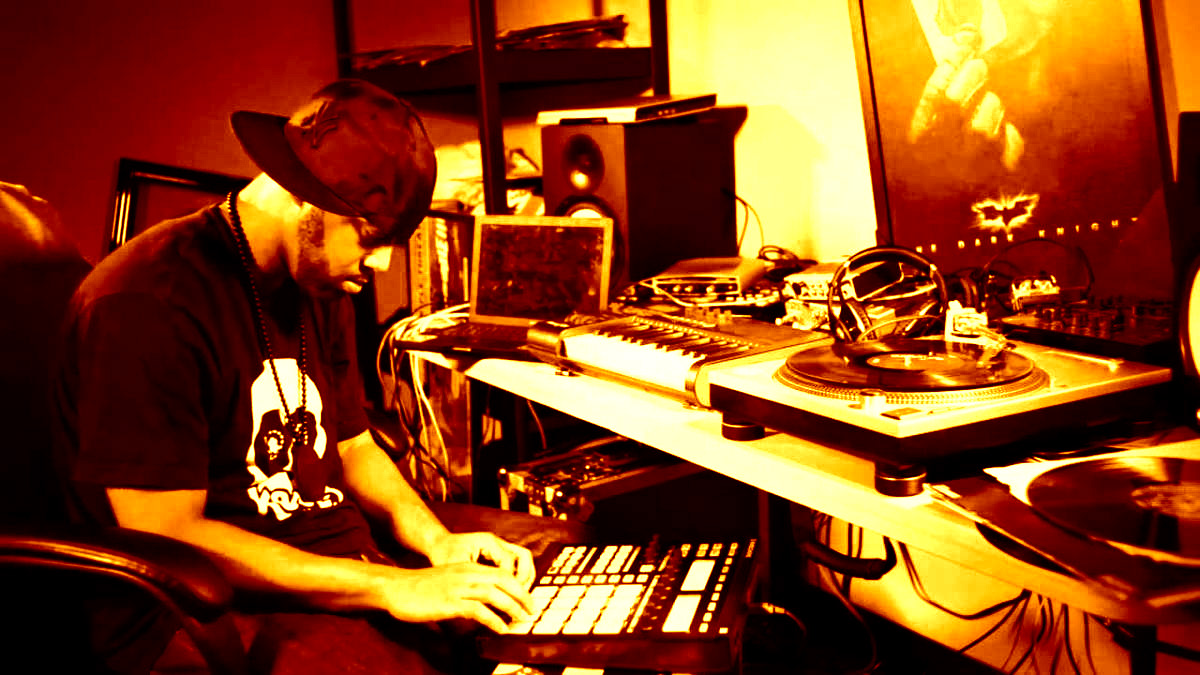 These days there are always new hip-hop instrumental projects being released. This is perfect for up-and-coming Emcees and Dee-jays looking for tracks to drop Mix-Tapes, EP’s and Albums. Some are super dope timeless projects that will stand the test of time, some are not. For those of you who don’t know, we’d like to introduce you to a historical collection of instrumental releases Khrysis On The Boards by Durham North Carolina hip-hop producer Khrysis. At Big Noise, we’re not always gonna showcase the latest projects, just the classics.

Alongside 9th Wonder, Khrysis is one of the cheif in-house producers for the rap collective The Justus League. In addition to beat-making for Justus League artists he has also dropped tracks for artists such as, Masta Ace, Sean Price and Jean Grae. His production style is comprised of organic drum beats, intricate sample slices from vinyl records, orchestrated into complicated melodies and arrangements. Also part of 9th Wonders “The Soul Counsel” Khrysis delivers beats with heat.

There are 72, count em, 72 dope hip-hop instrumentals contained on the 2 projects below. 41 tracks on volume 1, and 31 tracks on volume 2. How can you go wrong with 72 tracks from the producer known for dropping gems with The Soul Council, Cormega, Evidence, Little Brother, Masta Ace, Sean Price & Jean Grae? …to name a few, need we say more!

Released June 2006: “Khrysis On The Boards With The Heat v1” Produced by Khrysis, Mixed by DJ E-NYCE, Released by Khrysis. Independent digital release via Bandcamp.

About Hip-hop Producer Khrysis: Hailing from Durham, North Carolina, Christopher Tyson aka “Khrysis” (pronounced crisis) is a hip-hop producer who has been making noise since day one. It’s said that Khrysis began in his teens, grabbing tracks from his father’s huge collection of vinyl records, jazz and R&B, recording them onto tape, then extracting drum-samples, making loops using a dual cassette player. Khrysis provided all the production for the group “Away Team”, with Sean Boog taking care of the lyrics and rhymes. It’s been said that the production style Khrysis is known for, is very similar to super producer 9th Wonder. After getting connected with rapper Chaundon at NC Central University, he was later introduced to hip-hop extraordinaire 9th Wonder, the rest was history.

In 2007, celebrating 30 years of Nike’s association with Basketball, Khrysis was chosen by Nike to create the soundtrack to the documentary LACED. If you’ve ever watched him make beats on video, you’ll see, he’s always in the head-nod zone. Known for the fantastic beats produced for hip-hop group Little Brother, he has also collaborated with members of the Boot Camp Clik. Khrysis recently produced tracks for Jamla Records, collaborating with artists such as Add-2 from Chicago, dropping gems like “Don’t Go”.

Khrysis puts it down as a key member of 9th Wonder’s production crew The Soul Council, which has also included hip-hop producers; Fatin, Eric G, Kash, Amp, E Jones & Nottz Raw out of Vagina. He was also the main Recording Engineer at Choopp Shopp studios. Some recent projects include Rapper Big Pooh’s solo album Dirty Pretty Things, L.E.G.A.C.Y.’s Suicide Music and Heltah Skeltah’s album D.I.R.T. Under the guidance of 9th Wonder, The Soul Council has been engaged in discussions about the history of hip-hop production, classic production styles, the art of sampling, record archiving, the use of Digital Audio Workstations and music copyright laws. Basically giving back to the community by providing knowledge for up-and-coming producers, emcees and Dee-jays.

Hip-hop soul for real… Keep it locked to Big Noise Radio for authentic hip-hop music and culture from Khrysis!