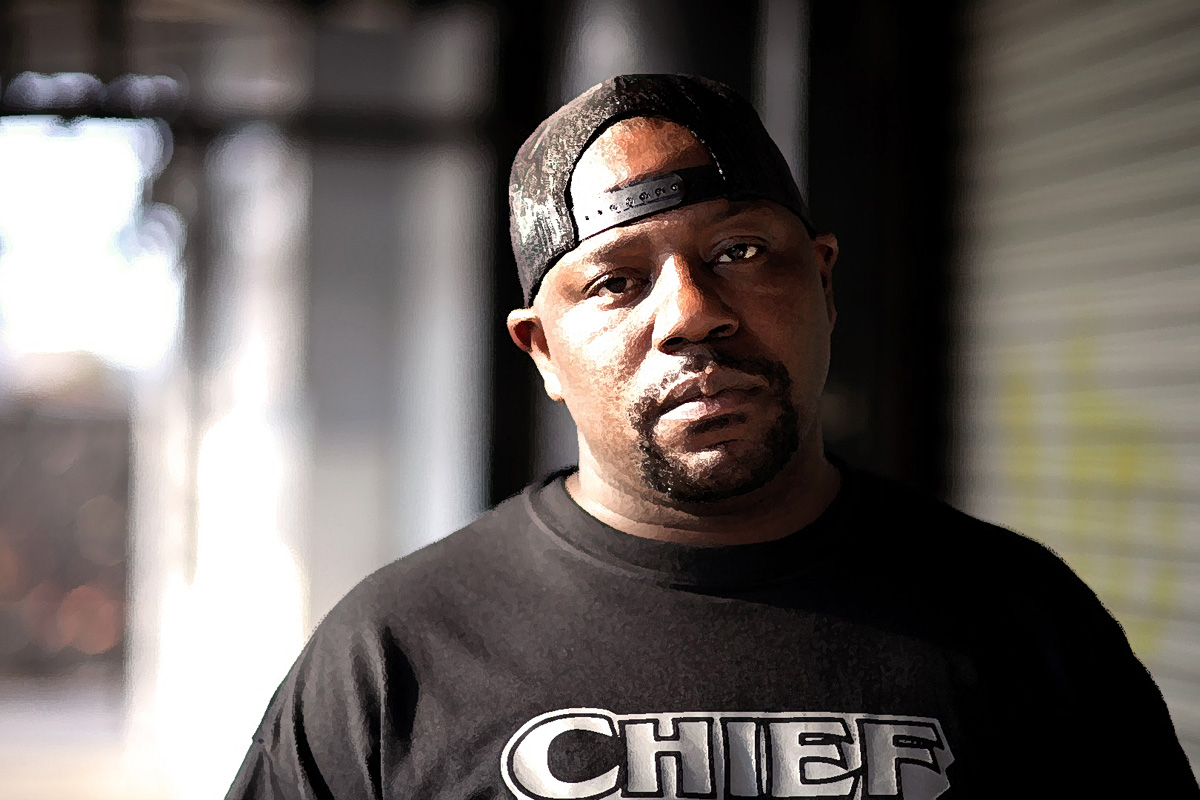 Check out the new EP release from hip-hop veteran Chief Kamachi entitled “Radio Raheem”, featuring Johnny Popcorn with produced from Hezekiah. This 4 track project is formatted like a classic vinyl record; including a raw version, radio version, instrumental and acapella. The track is on some 1970’s high-voltage rock flavor. The revolution will not be televised… Chief Kamachi “Revolt Seven” from the Radio Raheem anthem calls on us to maintain the “struggle” as the Chief gives respect to those who have upheld their end in the fight for life.

About The Project: If you go back in time, you can feel the emotion in Kamachi’s new gem manifest in the everyday struggle of the indigenous peoples of America, going further back in history than the Civil Rights era. Chief Kamachi’s rhymes have spiritual potency in this new anthem “Revolt Seven”.

Most of the lyrics touch home to the basic stereotypical depiction of the Nubian nation in Babylon, and how to defeat the beast with knowledge, wisdom and understanding. Chief Kamachi recruited Johnny Popcorn for this effort, with Hezekiah on production. This music will uplift your soul and hopefully give you some jewels to meditate on while you play this in your whip, stereo system or headphones, light one up and get your mind right to the sounds of revolution.

Be patient the war has just begun! Production credits for Hezekiah include artist such as: The Roots, Freeway, Bilal, Talib Kweli, Cody Chestnutt, Santigold, Bahamadia and Musiq Soulchild to name a few. This is definitely warrior music for those Moor / Kemite heads out there so peep the lyrics for the math. Chief Kamachi’s New Album Radio Raheem will be dropping as expected Summer 2013.

Keep it locked to Big Noise Radio for authentic hip-hop music and culture from Chief Kamachi.